When I was a kid I got a Buck 110 from an uncle. It was a gift and I didn’t really have any experience with knives. But after handling it, even as an 8 year old, I wasn’t terribly impressed. The knife was big, heavy, hard to use, and sharp in all the wrong places. It was not an auspicious beginning.

My Dad had a Buck Duke, a gift from his brother as thanks for helping build his house (it was the 1970s…labor costs were much lower then). It was better than the 110, but not enough to interest me. When I was around ten, I got a Swiss Army Knife and it was as if a knife from 100 years in the future had been given to me. This thing was easy to open, pleasant to carry, and fun to use.

In the 30s and 40s, traditional knives were awesome tools crafted by people that cared about knives. As modern manufacturing methods trickled into the cutlery business, a lot of these knives just got scaled up and batched out. The result were knives that looked familiar but, as my experience pointed to, were nothing like the classics of yesteryear. Eventually, manufacturing trends eliminated most traditional brands altogether, shipping everything but the name overseas (Schrade for example).

Fortunately, we are in a Golden Age of Gear, and a renaissance of American manufacturing. Those two trends together have resulted in some truly amazing traditional knives. Queen, Case, Canal Street Cutlery, Great Eastern Cutlery, and Northwoods Knives are all making traditional pattern knives with materials, fit, and finish lightyears ahead of where things were in the 70s and 80s. If you have even a passing interest in knives, you owe it to yourself to pick up one of these new traditional blades. They are stunning tools. If you get bit by the bug especially badly, you might end up chasing some of the higher end options around, and one of the three or four nicest of those knives is the GEC Tom’s Choice Barlow. 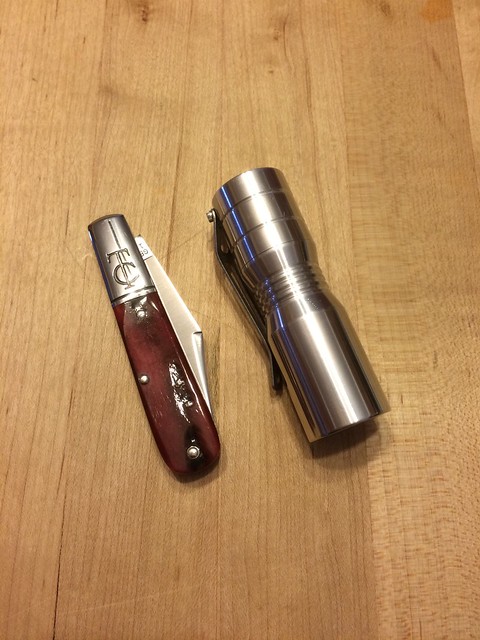 The Tom’s Choice Barlow is a knife from GEC, and it’s a special edition released in very limited numbers.  It is a commissioned piece, and there were runs in 2013 and 2014 that are sold through a small number of GEC retailers and directly from the individual that commissioned their production. Given that small release, their desireability, and their quality, Tom’s Choice Barlows are exceedingly expensive on the secondary market, usually more than 200% of their original retail price.

The knife itself comes in a variety of handle covers (the ones on the review sample are Red Soup Bone, but you can find them in Sawcut Bone and Stag, among others). The steel is 1095. This version is a pronounced clip point, but again there are a wide variety to choose from in the Tom’s Choice runs. The knife is a single blade Barlow, a format that is exceedingly capable in an EDC role, having been the folding knife of choice for folks for a century or two. (Here is more on the history of the Barlow.) The knife opens with a nail nick, and it is a slipjoint with a half stop (note that the spring is flush in all three positions: open, closed, and at the half stop).

Running through some food, like apples, sandwiches, and cheese, the Barlow did well thanks to is extra thin blade stock. I also used it to cut up cardboard boxes and open packages. Given its size I did not use it for any heavy work. The Barlow has filled this role for hundreds of years, so these tasks were easily done (I doubt, though, that folks in the 19th century had to deal with the BS of recycling boxes).

With a blade around 2 3/4 inches, a smooth bone handle, and superb feel in the hand, the Tom’s Choice Barlow is a superior EDC knife, regardless of whether you prefer traditional blades or modern knives. I am firmly in the modern camp, yet the appeal of this design is hard to ignore. This is a glorious little knife. 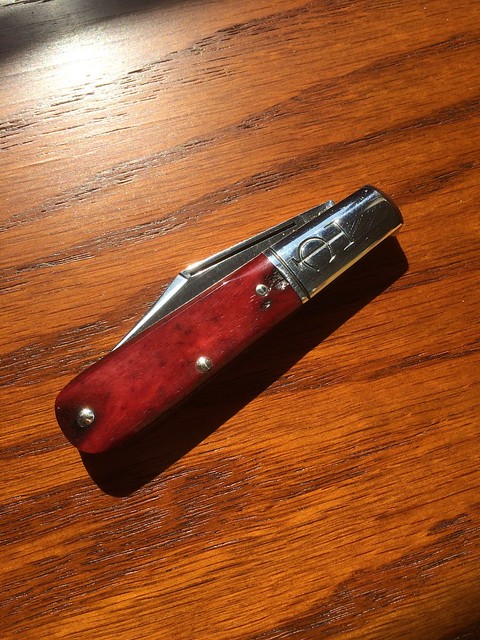 One design problem I have is with the blade shape. The swedge on the clip point is so deeply cut that there is something of a snag point on the top of the blade. It’s not a huge issue, but definitely something I think could be avoided if the design was tweaked just a bit.

Though it is a pattern, the Tom’s Choice is unique. There are few, if any production knives that are finished to a higher level than these gems. The list of companies in the conversation is small. Al Mar and Chris Reeve make knives that rival the Tom’s Choice, but I have ever seen any exceed the quality and polish of the Tom’s Choice knives. Even regular GEC knives, which are jewels themselves, are just a step down from the Tom’s Choice Barlow. 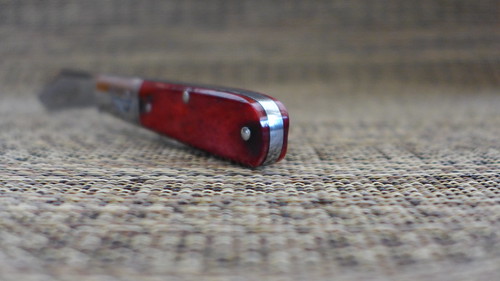 As you can see, everything is tight, fitted well, and gleaming with a thick coat of polish. The bone handles are warm and rounded in the hand, and the spine is virtually undetectable by the hand. The spine was mirror polished, so much so that you can see the camera in the picture above (it’s the black band on the silver spine just to the right of the handle pin). This is a new level of finish and it absolutely blows away that Buck 110 I got all those years ago.

If you are traditional knife enthusiast, this is the grail of production blades and for good reason. The solid design and immaculate final touches make the Tom’s Choice Barlow a knife unlike any other in the production world. If you are an avowed fan of modern knives, take a minute and try one out. Savor the unique experience of a traditional knife because this is the best instantiation of the form I have ever seen in a production blade. Its resplendent look and feel will make you forget about all those pocket clips and thumb studs for a minute. And who knows, you might not go back. 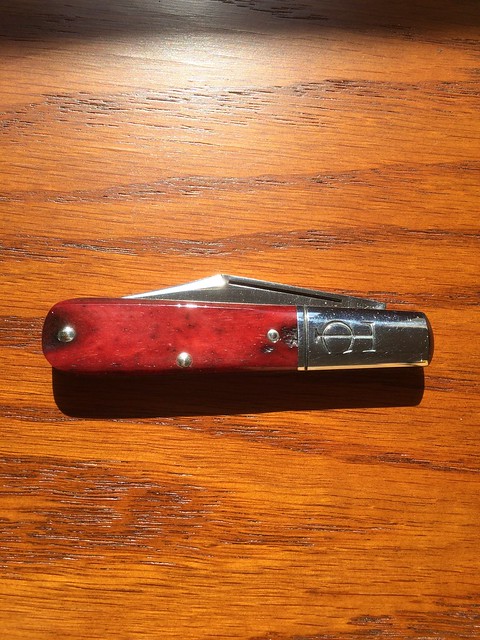