With $25 to spend on two items, you are basically forced to pick seriously compromised designs. The Fenix E01 is a good light, but the lack of a multimode output is definitely behind the times. At $50, you can get real, fully functional stuff. The gear is not top of the line and there are things missing, but a $50 kit will work.

In all honesty the previous installment’s Under $25 category is more of an intellectual exercise than anything. The upgrade from $25 to $50 is positively massive and easily worth saving up some extra dough. It’s not just twice the quality, it is probably somewhere between three and five times the quality. Of course, as we go up the price curve, the value jumps won’t be this big. This is definitely the biggest one.

A knife under $25 is still a hard thing for a gear geek to love, but if you know what to look for you can get something very good. As with the Under $25 recommendations there are a horde of Schrade and Boker knives, a bunch of traditional knives, and quite a few offerings from Baladeo. In this price range things open up a bit.

There are few Kershaws here, including a few new ones like the Starter and both versions of the Shuffle. But none of these really speak to me. Instead I’d take the Kershaw Chill as the best of the cheap KAI knives. It’s small, thin, a super flipper, and has a no-nonsense blade shape. The Dozier Ka Bars are pretty good with probably best in class steel (AUS-8). 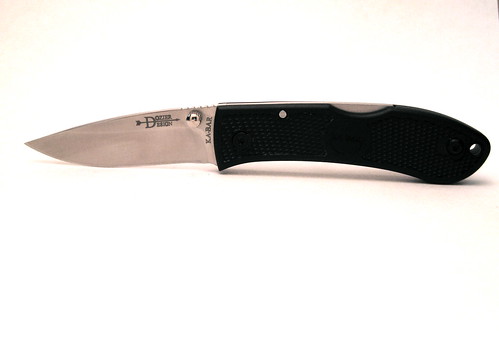 I dislike their pocket clip, which moves around. I am also not thrilled with the thumb studs, but if you are steel junkie, this is the best choice (but really if you are a steel junkie, save your pennies).

Note that the Ontario RAT I and II are both just outside this price range and run AUS-8. There are a few SAKs that are in this price range and my favorite is the Alox Cadet. This is an all time great piece of EDC kit and never a bad choice, regardless of whether you are hiking or going for a nice night in the city.

In the same vein the Spyderco Clipitools are also good, though not as good as the Cadet in my opinion. Of the three, the Clipitool with the driver is the best set of tools, as the others are semi-redundant. 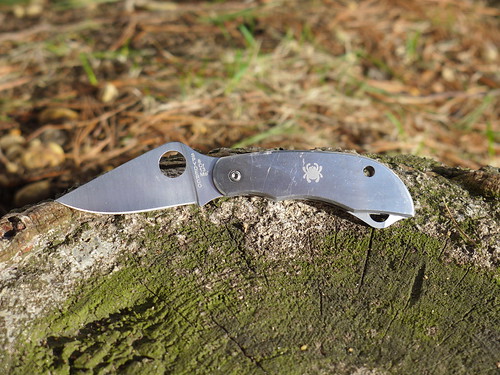 The Leatherman Micra runs in this price range, but it is not that great. I’d rather save a few pennies and jump up to the vastly superior PS4.

Of all the knives in this price range, I like the CRKT Drifter the best. It has a great blade shape, a perfect pocketable size, and a smooth pivot for the money. I wish it wasn’t a recurve blade (it is mildly recurved), but other than that, this is as good as you will find. I called it the King of the Budget Blades a few years ago and it has yet to lose its crown.

You can get a very decent fixed blade at this price–a good Mora, a used BK11 or ESEE Candiru on a forum, or to change it up a bit, a Boker JRP Toucan, which is a very tiny fixed blade but an excellent one piece multitool. Boker’s finish is lacking, as always, but Jared’s core design is so good even Boker’s drunken Kung Fu style edges can’t hold this tiny gem back.

This is a true one horse race. The rest of the lights in the field are like the rest of the horses in the Kentucky Derby the year Secretariat won–they aren’t even worth remembering. The EagleTac D25AAA is an amazing light for the money. 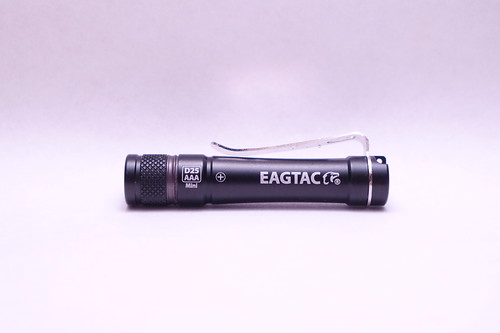 The format, 1xAAA, is my favorite for EDC. The feature set is hard to beat–good high at 85 lumens, a true moonlight low, and a Nichia 219b emitter for beautiful color rendering (93 CRI). The light can tailstand quite nicely and has a magnet on the tail (one strong enough to stick to a light switch plate). It even runs a TIR for a smaller head with a clean beam pattern. Simply put, this light is amazing. It runs tech unthinkable 10 years ago and would have cost an arm and a leg 5 years ago, but now it’s under $30.

This would be a two horse race if one of my favorites had a better track record. The L3 Illumination L10C is a very good light but has spotty fit and finish. It too runs a Nichia 219 emitter and a common cell 1xAA, but after giving it my overall Gear of the Year award last year, too many folks complained about substandard fit and finish. If you get a good one though, it is as good or better than the D25AAA–better clip and better high thanks to the more powerful AA power source.

There are quite a few other lights in this price bracket but none are as nice as the D25AAA. Maratac makes a good 1xAAA, as does 47s, oLight, and Klarus, but none have as robust a feature set as the D25AAA. There are some good 1xAA lights here too, but again they lack the features of the D25AAA. One good option might be to pick up an “outdated” model, something like a two year old oLight S10 Baton. Even though it is “ancient” in flashlight years, it is still an excellent torch and you might find new old stock with deep discounts (especially because the S1 is going to be released soon).

What changed from last year? The knife industry has moved beyond making budget knives. Even Chinese makers have turned away from the very bottom of the market. Kershaw’s new entry-level knife was basically the only new knife in this category from a major company. The flashlight market, on the other hand, is going full court press. There are at least ten good options here, especially if you include lights from the prior price bracket, but nothing comes close to the D25AAA.