10 Lures Every Angler Should Have in Their Tackle Box [Sponsored] 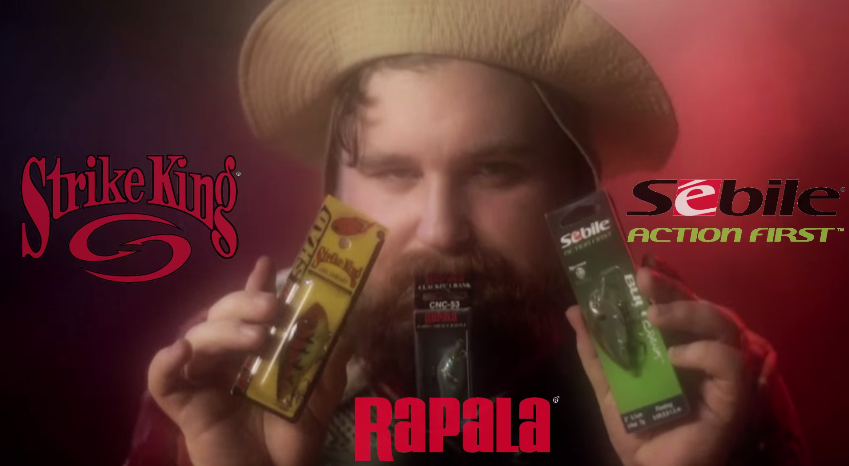 If you’re just getting into fishing or getting back into fishing after a long hiatus, going to the tackle shop can be an eye-opening experience. There are literally thousands of baits out there, in hundreds of different colors, styles, and shapes.

The tackle shops themselves have even changed. For years, many of the most successful tackle shops were just service stations or marinas, and they had good selections of the most effective baits for the lakes in their immediate area. At today’s outdoor superstores, you need an electric scooter to see all the aisles, and the amount available options is just staggering.

Without question, each and every one of those thousand fancy new baits at the superstore will catch fish under a particular set of circumstances, but how does one narrow it all down to figure out which lures to buy and which ones are more likely niche baits?

The first step would be to read the following list. We’ve compiled a list of 10 “essentials” or bait styles that all anglers should have in their tackle boxes.

Without question, there are effective bait styles that didn’t make this cut, but if you’ve got these 10, you’ll be able to catch bass from east to west, under any conditions.

Stick baits like the original Senko and newer versions like the BioSpawn ExoStick Pro are unquestionably the number one necessity in every serious bassers arsenal. Put one in front of a bass, it’ll eat it. It really is that simple. Wacky rigged, Texas rigged, on a shakey head–it doesn’t matter. Just pick some up and let them work.

The finesse worm comes in second to the stick bait in the “most effective soft plastic” competition. Generally 4 to 6 inches in length, good finesse worms will have one flat side, which produces a pronounced glide on the fall and triggers tons of strikes. They are also extremely versatile and shine on a shakey head, drop shot, or Carolina rig.

In the realm of versatility, skirted jigs like the Strike King Tour Grade Football Jig reign supreme. There aren’t many baits that you can just as effectively fish in 1 foot of water as you can in 30 feet. Flip them, cast them, drag them, hop them, swim them–it all works. Throw a white jig to imitate shad, a brown one to imitate crawfish, and a green one to imitate bream. Whatever you’re trying to emulate, a jig can do it.

For covering shallow water quickly, there isn’t much better than a lipless crankbait like the Sebile Action First Lipless Seeker. They combine vibration, noise, and speed in a way that triggers arm-rocking strikes. Lipless cranks are effective any time bass are actively feeding and excel around shallow grass, in spawning areas, and whenever fish are schooling on shad.

No bass fishing list would be complete without the venerable spinnerbait. There’s a good reason for that, too: they still catch the snot out of them. Around flooded brush and laydowns, there isn’t much better than a spinnerbait. They come through cover excellently and bass can’t resist their combination of flash and thump.

Historically more of a niche bait of the Carolinas and Florida, in the last 15 years the square bill has been without a doubt the fastest growing segment of the hard bait industry. That’s because they catch big bass. Square bills are the spinnerbaits of rip rap. The bill shape allows them to crawl over rocks effectively and deflect in a way that the big ones can’t resist.

For probing deep drop-offs, ledges, points, and deep grass, a deep diving crankbait is just the ticket. Grinding a big-lipped bait along a rocky point or reeling one through a school of shad is a great way to get hooked up anywhere. The bass go deep to avoid the heat of the summer, making them a necessity in every anglers arsenal.

If you fish lakes with any kind of vegetation, a frog may be the only bait you ever need. They are totally weedless, allowing anglers to access fish that are otherwise uncatchable. Whether worked over massive milfoil flats, skipped underneath hanging cover, or worked through lily pad fields, frogs are the deal for any vegetation situation.

Although they’re probably not the most celebrated of the topwater offerings, walking baits like the Rapala Skitter Walk are definitely the most versatile. Their sashaying walk-the-dog action imitates a struggling baitfish and triggers violent strikes from the prespawn all the way through the fall. They can also be effective from the bank all the way out to over deep water schooling areas.

Jerkbaits are shaped like minnows, look like minnows, and act like wounded minnows. Bass like to eat wounded minnows; therefore jerkbaits catch lots of bass. As simple as that sounds, there’s really not much more to it than that. Jerkbaits shine especially well in cold water and will catch more bass than almost any other presentation when the mercury drops.

Order Your Mystery Tackle Box gift subscription today and you’ll have one happy fisherman!
Check out our fishing gifts.

Brand Publisher is currently a writer for AllOutdoor who has chosen not to write a short bio at this time.