You crazy. If you followed me to this point and are seriously considering price no object gear, you crazy. I am not sure what that says about me, though, that I have quite a bit of experience with this stuff. I guess that means I am super crazy.

Without price limitations, you can literally get whatever you want. You could, provided you have sufficient funds, go to the greatest living knife maker (which would be Michael Walker, in case you are wondering) and ask for a knife exactly like you want with a new lock (Walker is famous for modernizing the liner lock, but he has invented something like 50 other locking mechanisms over the years).

Then you could go to Photon Fanatic and to the same thing and get a pair of truly bespoke items that not only would do exactly what you want, but would also be truly stunning pieces of engineering and design. If I were an oil baron, that’s probably what I would do. I could also be persuaded to look into a Ron Lake Interframe or a Steve Johnson fixed blade. Neither would be a disappointment. And if Photon Fanatic was busy, I could very easily be happy with a Aeon Mk. 3 Opus in Moku Ti or a Cool Fall SPY 007 (Oops–I already have one. See what I mean about being super crazy?).

A word about custom knives. There is a trend that focuses on “tactical” style knives and adding bling to them–flippers with Moku-Ti clips or bolsters. Those are fine, if that is your thing. But having recently purchased a Scott Sawby Swift, I have come back to a position I have held for a while. If you really want something spectacular, go to an art knife guy, like Sawby, and see if he has less gilded versions of stuff. Going the other way, getting a tactical knife with some bling added, is not as good a use of money.

The Swift is so brilliantly made, so finely constructed that even in my hand I can’t figure out how he built it or how the lock works. It looks like an integral, but I know it’s not (or at least I think it’s not). It reminds me of that Arthur C. Clarke saying: “Any sufficiently advanced technology is indistinguishable from magic.” Here, as seen in the Swift, Sawby’s skill is so far beyond even the most accomplished tactical knife guy that his stuff looks like magic. Comparing an Anso, whose design sensibilities I love, to my Swift is like night and day. One is like a very refined version of a production knife. The other is something different entirely. If you want to go the custom route, I suggest trying this tactic out. You’ll be blown away. 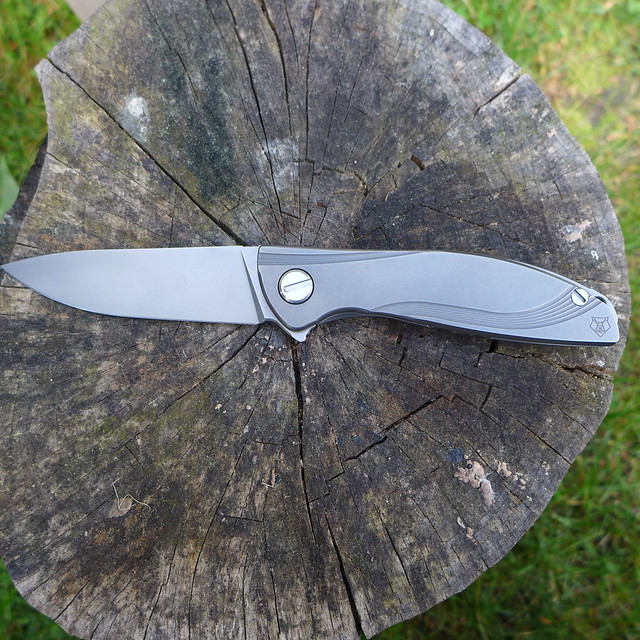 If you aren’t planning on: a) taking out a second mortgage or b) waiting until you get your AARP card until you get a knife, the Shirogorov Neon, coming in around $700, is one of the nicest semi-readily available knives I have had the pleasure of handling. Even non-knife folks notice how nice it is.

The pivot and the flipping action are truly best in class. The knife’s size, with a 3.25″ blade, is much more carry- and people-friendly than the vast majority of pocket swords the Russian brothers make. It also has all of the other features you want from a Shirogorov: very good steel (S90V), simple and elegant styling, and a sculpted Ti clip. Make sure you understand–there are custom Neons, but the knife I am referring to is the production version.

A custom Neon would be two or three times the price. In terms of knife you can hop on the the web and find (maybe), the Neon would be my #1 choice.

There are other “readily available” knives in this price range, too. If I couldn’t find or didn’t want the Neon, my next choice would be the Rockstead Hizen. With a 2.875 blade, it is the smallest and most pocket friendly of the Rockstead line, but it has all of the amazing features you expect in a Rockstead. The blade is mirror polished, convex ground ZDP-189. It’s an amazing performer, but the sharpening routine–send to Japan–is a bit daunting. 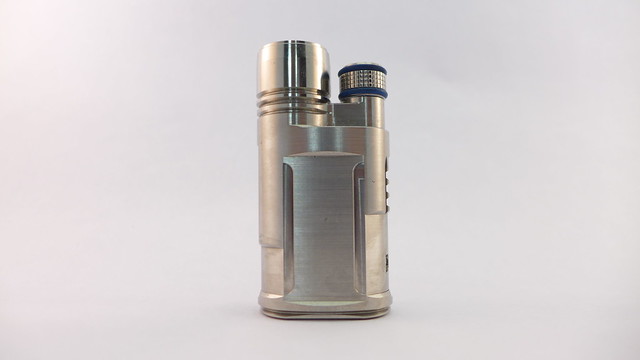 So there are more expensive lights out there. The Tri-V v.2 also from Cool Fall and any of the Aeon Mk. III Opus lights are more, but few lights do as much in as rugged a body as the SPY 007. I have owned mine for more than a year now, and though it is the most excessive of excesses, it also happens to be a damn good light. The form factor is unique, the output is wonderful, the runtimes are great, the end user output customization is unparalleled, but in the end it is the rotary knob that just seals the deal.  Working like a selector ring on production lights, it gives you just the right amount of light for any given task, but because this is a light that costs a grand it does so with more panache than you can imagine. If you are fan of audio and remember some of the Marantz or Fisher units sold in the 70s, you will know what I mean when I say the rotary feels substantial. It’s just nice to roll between your fingers or zip down your leg (doing so rapidly cycles up to high one handed). None of this a strictly necessity, but judging this light by that criteria misses the point. The SPY 007 is a light that can hang with the toughest on the planet, yet feels right at home next to a Omega or Rolex.

The SPY 007 happens to be the utility light in my house, as silly as that sounds. I have it in a central location and anyone for any reason can use it. The UI and the rotary knob are so great, even my 1 year old knows how to turn it on and make it brighter. He might be shining it in his eyes when he does these things, but he has a rudimentary knowledge of how it works. And work it does. Whether it is a late night trip to a kid’s room or a jaunt into the backyard to check the oil tank, the SPY 007 does everything exceedingly well, and I know it is tough enough I don’t have to baby it.