It’s that time of year again–summer. Endless outdoor adventures await you, and it’s time to gear up.

Each year I take a survey of the gear world and try to recommend gear in a specific price range. The market has changed significantly since last year. The high end is both more populated AND getting more expensive. $600 production knives were extreme rarities a few years ago. Now they are commonplace. This is part of the effects of a boom in the gear industry.

Attendance at BLADE Show has gone up year after year, sales are up, and people are generally interested in their everyday carry. To answer this new demand, companies have produced an incredible array of high quality, high performance gear in every price bracket. This is, as I have called it before, the Golden Age of Gear.

The rules are simple–I am going to recommend two tools: one for cutting and other utility tasks, and one for illumination. I have found, over the years, that these two tools, along with a cellphone and wallet, will get me through a day without much challenge. All of those little tasks–opening boxes, trimming the errant thread, or slicing up food for a sandwich–are all more easily accomplished with a knife. Add to that, those times you need a bit of brightness to find a keyhole or a dropped item and I think a knife/multitool and a flashlight can get you through a lot of situations.

I am not going to be too strict on the price bracket. If the combined items are $3 I am not going to sweat it. Unless explicitly stated otherwise, all of the gear will be stuff that is readily available, no out of production stuff, limited edition stuff, or custom stuff.

If you have only $50 to spend on a knife and a light your options are going to be severely limited. I do think it is possible to get good gear here, but your choices are fewer and the sacrifices in terms of performance and features are greater. You will be forced to give up a lot. There will be no cutting edge emitter or high performance steel. But, if you want a starter kit to see if you like carrying a few things as part of your EDC or you want to gift some stuff to a friend or family member, this is a great price point. And if you choose wisely, the stuff here won’t be throw away stuff if you decide to move on to more expensive items. 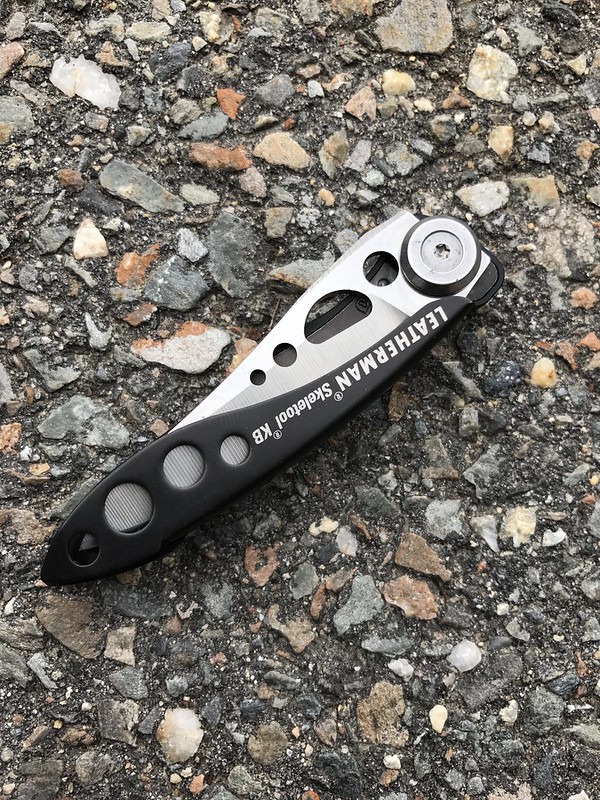 SHOP NOW
Oh man, how strange. I have had the CRKT Drifter as the best budget blade for years now. Every SHOT and Blade Show new blades come, threatening the Drifter and yet, at the end of the year, the Drifter still reigns supreme. Its simple design and excellent pivot make it a hard blade to beat for around $25.

But Leatherman did it. The Skeletool KB (knife and bottle opener) hits a lower price point ($19.95 street), has a nicer blade shape (no recurve, like on the Drifter), and is significantly lighter (clocking in at 1.2 ounces as opposed to roughly 3 ounces for the Drifter). The KB is the blade portion of the Skeletool, without the pliers, driver, and carabiner/bottle opener. The bottle opener, while kind of gimmicky, actually works. I don’t like the steel on the Skeletool KB (420HC), but at this price range you are going to have to make sacrifices.

The blade shape on the Skeletool KB is especially noteworthy. It is essentially a modified sheepsfoot, but given its size, it does an excellent job at providing the user with tons of control. I was also surprised at how good the pocket clip works, even with the bottle opener hook on it. The KB is probably just better than the Drifter, unless you have positively massive bear paws. In that case it might be difficult to open and handle the KB, as the overall package is about as wide as an adult human finger. 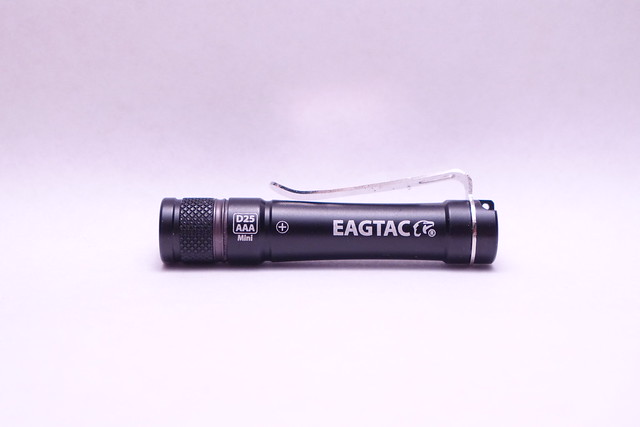 SHOP NOW
This is a hold over from last year and a sign of how great the light really is. Flashlight improvements are primarily driven by emitter technology and given that, they tend to improve dramatically, year over year, in terms of output. But in this price range, the 130 lumens is still competitive. Add in a great Hi CRI emitter, a pocket clip, and a magnetic tailcap, and you have a true winner.

It is hard to find a light this good at twice or three times the price. There are dozens of competitors, including some from new companies like MecArmy, but none offer the overall package that the D25AAA does. Some have equal output, but lack to the Hi CRI tint. Some have a magnetic tailcap, but lack the pocket clip. The Eagletac just has too many amazing features to not be the overall choice.

This pair offers a ton of utility and performance in a very small and light package. Furthermore, this a pairing you can easily score for under $50 shipped online. The Drifter is still worth a look, especially if you have larger hands, but in terms of lights, there is not much that is close. The Illumination Gear L11C is a sequel to a great light, but spotty fit and finish issues have dogged the line for years now. If you want a cheap light and knife pair, this is it. If you want an EDC “starter kit” to see if you’d like carrying some extra tools for life’s little challenges, this is a great place to start. And once you get on the upgrade treadmill, you’ll still have a useful pair to stow in a glove box or workshop.