Try Your Hand at Naming Knives You might think this is easy to do, but modern branding is part science, part art, and a bit of boring legalese. Funny thing is that the knife industry has gone back to the well so many times, and that well is so small to begin with, that twice in recent memory were there two knives from two companies with the same name. Benchmade and Kershaw crossed streams, to borrow the Ghostbusters vernacular, a few years ago. And then two years ago, CRKT and Benchmade both released the “Amicus.”

The problem is that there are only so many words that work. First, you have to run them by marketing people. Then you might focus group them and process the data. Then you have to do some legal searches for trademarks and the like. Finally, you might want to run it by some people that are bilingual (the Chevy Nova story, even if it is urban legend, still has a point).

Let’s break this down by group. In my eyes there are three main groups of knife names: animals, weapons or action/attacking words, and cool sounding or hidden meaning Latin/Greek words. There are also the letter-and-number names which, in my mind are terrible. 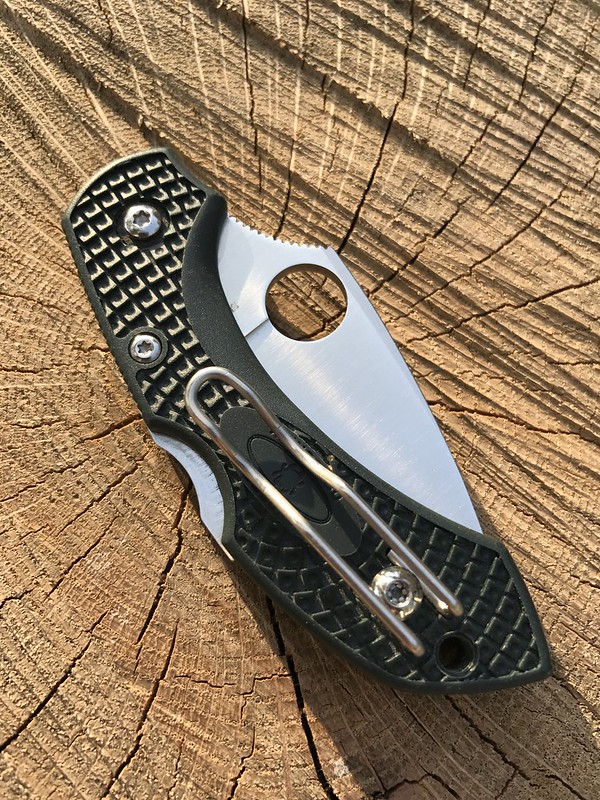 But not all animal names work on knives. No one, for example, would want the Weasel or the Hippo (despite the fact that a hippo is both incredibly aggressive and has massive sword-like incisors). The Spyderco Dodo, for example, just doesn’t seem to carry the right feel.

Pretty much every kind of cat, bear, dog, and member of the hawk family has been taken, some more than once. Many of the cool fish and whales are taken as well.

The Stoat: this is a small muselid, a weasel, but it was known in the Middle Ages as a source of luxurious fur, and the animal is small and versatile. I’d buy a Stoat. 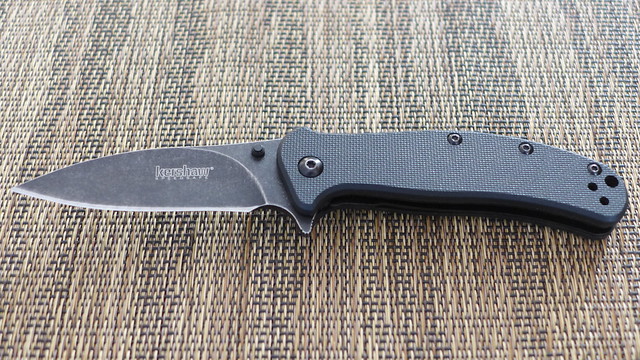 It has to be one syllable, fast, and cool. Or it has to be deadly. Knife companies have to walk a thin line here, as they don’t want to make their products sound murdery, just action packed–kinda like a Hollywood blockbuster (just a tick more violence and the Dark Knight becomes a really depressing or really scary flick instead of a Batman movie). For example, Face Piercer is a cool sounding set of words, abstracted from its meaning, and it is very action/weapon sounding, but that’s probably just too violent to sell in clamshell at Wal-Mart. “Hey honey, can you pick me up the Face Piercer when you go get some paper towels.” Nope, that will never work.

The Pulse: This is a very fast sounding, actiony word that is a single syllable and shockingly it is not taken though there is a nanosurgical tool called a PEAK (Pulsed Electron Avalanche Knife, which, in and of itself sounds badass…avalanche knife). 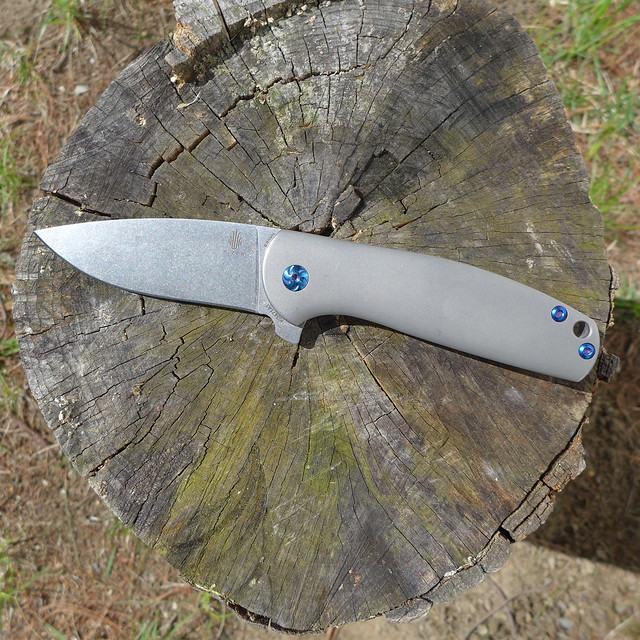 This is a Chinese made knife with a Latin name designed by a Filipino American…that is pretty eclectic. Goodness, are custom makers obsessed with Latin words or even just words that SOUND Latin like the Boker Sout Lateralus (lateralus is very close to the Latin word for something on the side, the root for our word lateral). There are a bunch of words here that work, tons. The SOG Aegis sounds cool because it is and because Aegis is Greek for shield. The only issue is that you have to be careful.  For example, a knife that uses the Latin word for sheath probably won’t be the best seller, or, who knows, it might open up new markets in 50% of the population.

The Telos: The philosophy student in me loves this word and the hidden meaning. Telos is one of the classic Aristotelian causes and had a rough translation into purpose. A knife is a tool–an object with purpose and so Telos would just kill it as a knife name.

You can even get some cool combinations. I like Latin animal names, their scientific names.  For example, even though every feathered member of the Hawk family has a knife named after it, the Latin name for the Hawk family Accipiter is still unclaimed (there does seem to be some evidence of a Accipiter Knife and Tool, but I couldn’t find a site, on a hit in a legal naming database).  Personally, my favorite scientific name of all time, Thylacoleo Carnifax (which is Latin for the marsupial lion butcher) is amazing as a source for knife names.  Either part would make a good knife name, but Carnifax is already taken by a heavy metal band.

Generally, I am unmoved by letter-and-number names as they have no significance. I’d love to see a naming protocol that tells you all of the specs of a knife, something like the F2.75 for “Folder with 2.75 inch blade.”  Even this approach can get silly though as shown by the always-impossible-to-say ZT450CFZDP189. Yep, that was a real name of a real knife. AOK Good Buddy.

There are some really great names out there. 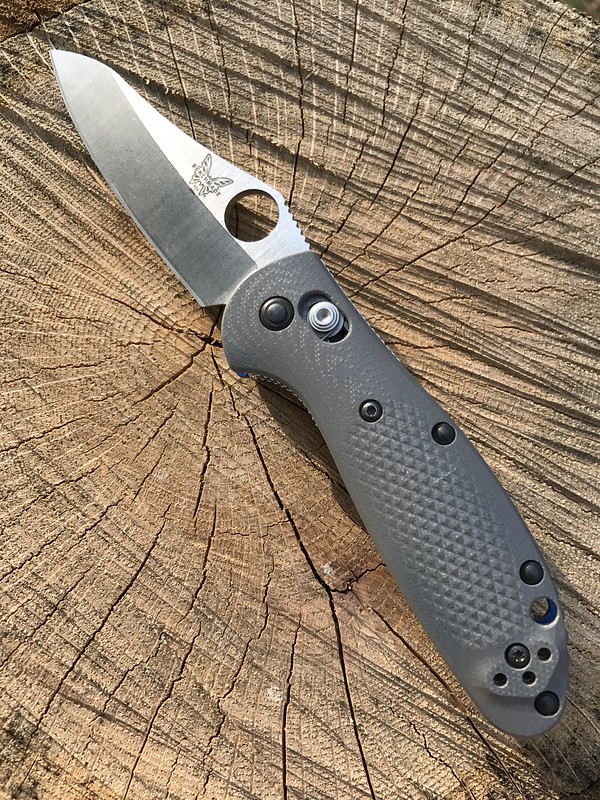 The Griptillian sounds cool and is a portmanteau of an action word and an animal word.

The Microtech Wharhound is a perfect name as the knife is a Wharncliffe version of their Hellhound design…a play on words AND a portmanteau, double word score. Busse’s Battle Mistress is a sweet sounding name for an epic blade. A classic, the AG Russell Sting, fits the blade so well that I can’t help but think of the word “sting” when I see a dagger or boot knife.

Its not that easy, but hopeful knife companies will expand beyond the three categories here. I’d love to see a knife name chosen solely for how cool it sounds, like the Covenant ships in Halo (Pillar of Autumn, anyone?). Would you buy a knife called the “Voice of Sorrow?”