The best folding knives are like certain items sold via TV marketing (aka infomercials): set and forget.  But even the best knives need a little TLC every once in a while. A few years ago, I did a breakdown of my entire maintenance kit. You can find that article here. But it struck me that folks are often tuning their knives at a place other than home and with that in mind here is a bit of an improvisational knife maintenance kit. I basically tried to find the best stuff I could in a normal office environment with one exception that can be found nearly everywhere on planet Earth, but an office. 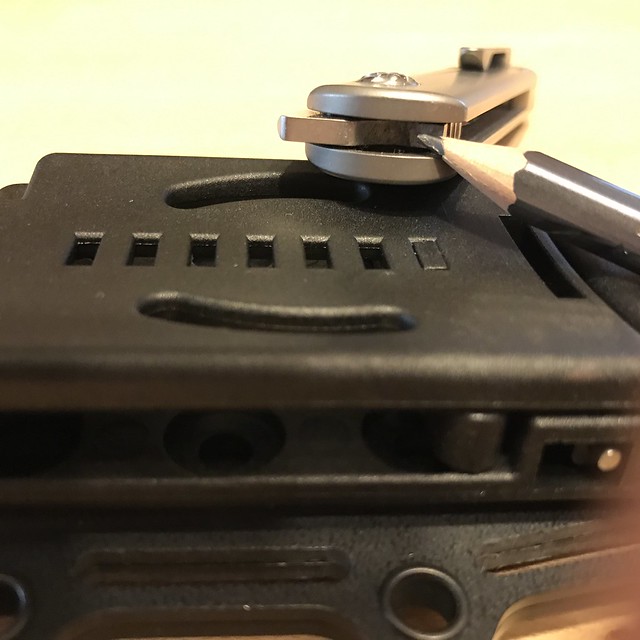 This one is pretty easy and a well-known trick in the custom world where lockbar break-in is a real thing. When I got my original Gareth Bull Shamwari, that thing stuck like the lock and blade were welded together. I was worried at first that I got a bum knife, but Gareth told me to scribble with a graphite pencil on the place where the lock and blade interface. I did, and over a couple of applications, the lockbar wore in and the knife was wonderfully smooth and crisp.

I really like wood-case pencils for this, particularly something with a very soft lead, but a good ol’ #2 will do in a pinch. I have even used a mechanical pencil for especially thin knives. This trick obviously will work on liner-locks as well. Interestingly, the trick also works on Axis locks and lockbacks, but not to improve lock disengagement; instead to smooth out opening and closing. 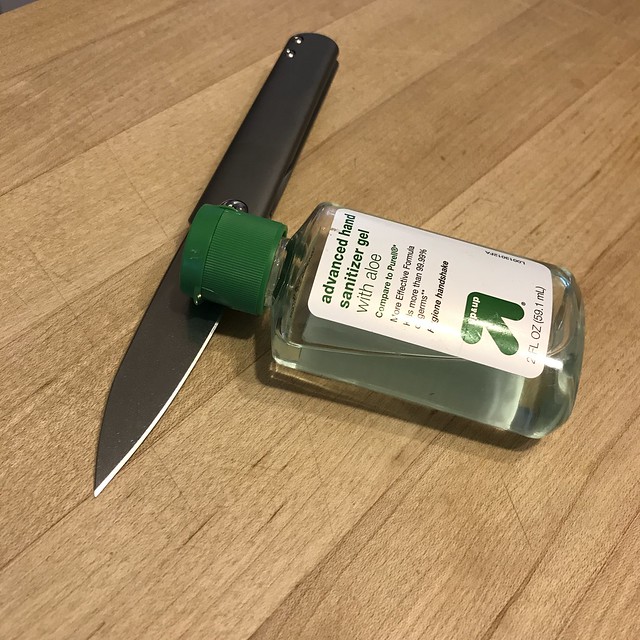 Yikes, if you are like me, you use your EDC folder for many tasks, messy and otherwise. I’ll go from breaking down trash to food prep in pretty short order and if I am at home I can clean the blade in the sink. But if not, a bit of alcohol-based hand sanitizer will work quite well. In addition to making your knife clean of bacteria and giving it a pleasant scent (if needed), the alcohol is really excellent at removing tape residue and the like. If you want those grind lines to really pop, give your knife a gloss of hand sanitizer. Also, as AG Russell pointed out in one of his always-great weekly emails (for which you should sign up), alcohol, unlike water, will clean without promoting rust. 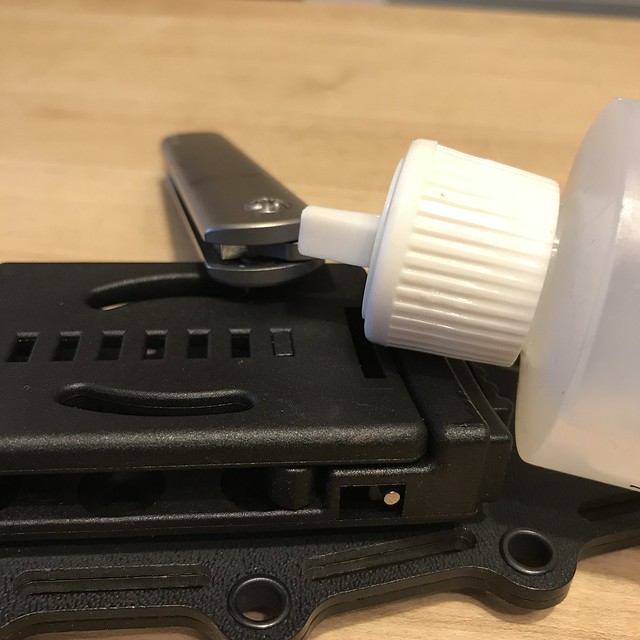 Okay, so you are unlikely to find this at your office (maybe in a well-stocked office kitchen) but you can find it in many other locales–pharmacies, hardware stores, grocery stores. And it works pretty darn well as both a blade coating to inhibit rust and as a lubricant for a pivot. I have (confession time) used a baby booger sucker to apply mineral oil right up in the pivot, a poor man’s version of the needle tip applicator on a tube of Nano Oil. Mineral oil is also safe to ingest in small amounts, though it is in a pharmacy for a reason related to digestion, if you know what I mean.

One word of caution–it’s pretty viscous stuff. Unlike low-weight Nano Oil, mineral oil can gum up the works. Also be careful not to get food versions of the oil (vegetable, canola, or any other) because they can all go rancid and when they do they can promote rust.

If you wear a leather belt it is entirely possible that you are wearing a darn good strop. In fact, if the interior of the belt has a suede or rough texture to it, is a very good strop. For many years my only strop was my belt, and charged with some honing compound, it did quite well.

I found was that hooking the end of the belt on the a stationary object (or in my case, my big toe when barefoot) and pulling the other end tight made the belt perform much better. It was, in effect, a barber’s strop. You will eventually get the hang of it and once you do, you’ll be surprised at the results. A strop can take a slightly dull knife back to sufficiently sharp pretty quickly. You’ll still need a full sharpening later, but the belt trick will probably be enough to get you home. 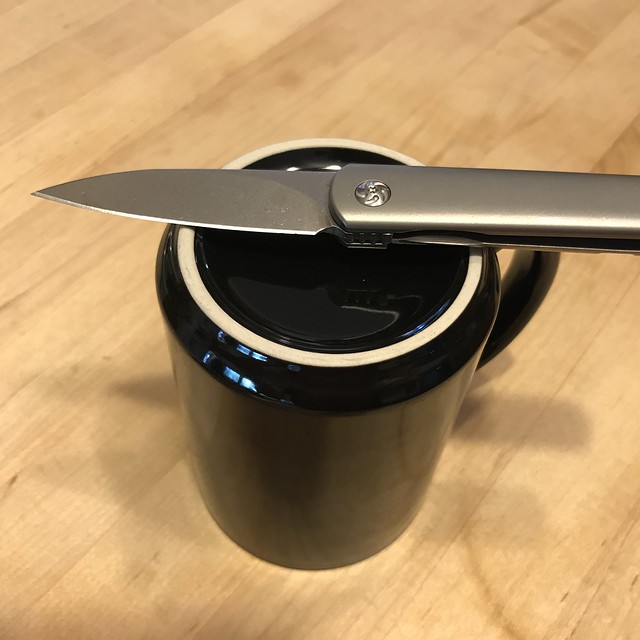 If the belt trick doesn’t work, the coffee cup trick just might. Flip over the coffee cup and find the unglazed ring at the bottom. Here you can run the blade edge over the cup and produce something like real edge tuning. The ceramic has enough bite to put a utility edge on most steels. It will discolor the cup over time, but just on that unglazed ring.

Sharpie: the sharpie trick is most famous as a way of checking the sharpening of an edge, but it can also work like the pencil trick to provide a bit of dry lubrication for a frame-lock or liner-lock.

Concrete block or flat sandstone: in the most extreme cases, rough masonry or even rocks found in nature can put a working or utility edge back on a blade. Be careful because this will ruin the edge, so think of these as last resorts. They will work though, in a pinch, to get an edge back to something that can cut. It also might make your knife more serrated than it was before, but hey, life is full of tradeoffs.

Edge of Cardboard: Stacked together, cardboard edges can make a very good strop. Personally I prefer the belt, but the cardboard edge works too. Ideally you’d find something as thick as half the blade, but if need be, cut up smaller pieces and stack them together. I generally hold them together at both ends with a wrap of duct tape.

If you are wise and observant you can do quite a bit of knife maintenance with what is lying around you. In most cases, these tips will be more than enough to get you through a cutting task and back home where your real maintenance kit awaits.