In the world of tactical knives, the new hottest thing changes about every 6-12 months. For a long time it was the Sebenza, and while the knife is as great as ever, the fickle market has moved on in search of something even cooler and more exotic.

After that there were a few challengers–Striders, Emersons, and others. Then Rick Hinderer released the XM-18 and folks went bonkers. The titanium framelock flipper design and the overbuilt look were entrancing to the tactical knife market. When you add to that the polished/stonewashed finish you get a knife that held the market’s attention for more than a year. Prices on the XM-18, which used to be limited for sale only to LEO/Mil/EMS folks, rose past the four-figure threshold. A $1,000 XM-18 was not uncommon. But like with all things, the market continued to search.

After the XM-18 the next knife to capture everyone’s attention was the Russian-made Shirogorov. Produced by two knifemaking brothers, Shirogorovs were known for their minimalist designs, classic blade shapes, and above all else, flipping action unlike anything else on the market. Prices, even for production versions, still hover well over $500. And the knives are pretty big. There are a lot of Shiros that have 4″ blades. For me, I find those knives too big, and so, despite the siren’s call, I avoided the Shiro Madness that afflicted the knife world.

Then they released the 3.25-inch Shirogorov Neon. And I was infected. Fortunately, I was able to borrow one and carry it for review. The end result of that review period is a steadfast belief that Shiros are among the best blades out there; the Neon is a treat. 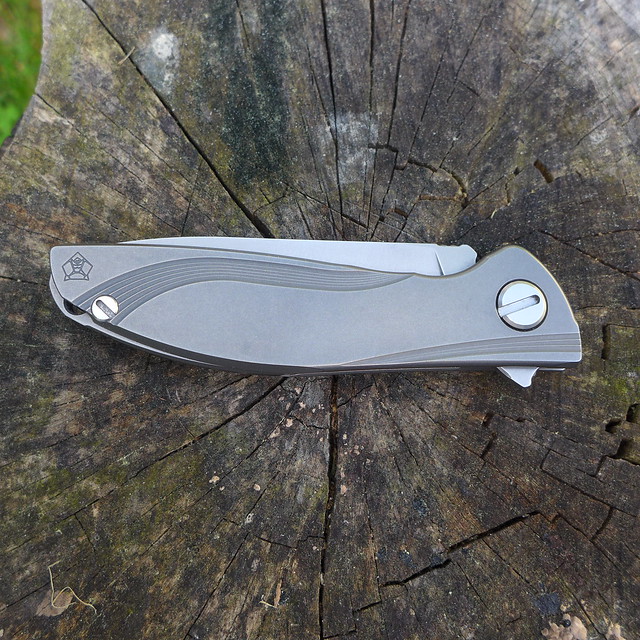 The Neon is a titanium framelock flipper with a bearing pivot. The steel on my particular sample was S90V and the blade was a nice drop point shape. The entire knife handle is stonewashed and the blade on my sample was bead blasted. There is some decorative machining on the handle and jimping at strategic places, including the Goldilocks-sized flipper tab. The knife uses a sculpted titanium pocket clip.

As this was a loaner, I did not test the knife as hard I as would with a knife I owned or one I was given for review by the company or a retailer. That said, the normal EDC tasks–food prep, package opening, recycling processing, weren’t torturous and I felt comfortable using the Neon for those tasks. As a father to a two-year-old I do lot of daily food prep (the regulations at daycare are crazy), so the Neon cut a metric ton of grapes and sliced a tree-full of apples. It also did some cardboard cutting given the itty-bitty size of our now mandatory recycling bin.

The titanium framelock flipper is a great platform for variation and embellishment.The Neon approached those two things with hesitancy and the result is a clean and restrained design, shorn of excess and baubles. The line art machining fit perfectly with the quiet design. 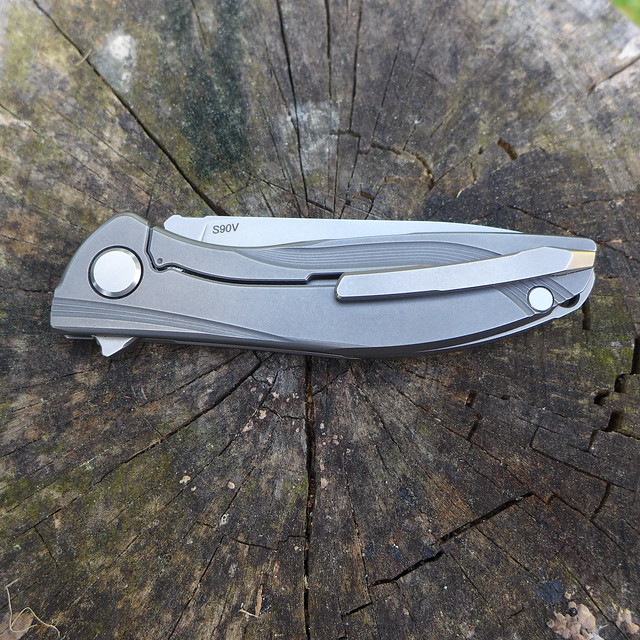 The drop point was excellent, as drop points usually are. My only small gripe was a thin and pointy pocket clip that sometimes made stalling the knife in your pocket a hassle. I would like standardized hardware, but this is a complaint that seems to be in vain as more and more makers opt for strange and proprietary hardware. (Why Whitworth bolts work in the knife business while being despised in the car business, I have no idea.)

One important note: this is the right size for a knife.  I love the Neon at 3.25 inches and the larger Shiros, while I am sure they are equally fluid when opening, are a little impractical for EDC.  This knife though, is just the right size.

The Neon doesn’t look all that special at first. It is actually kind of plain. 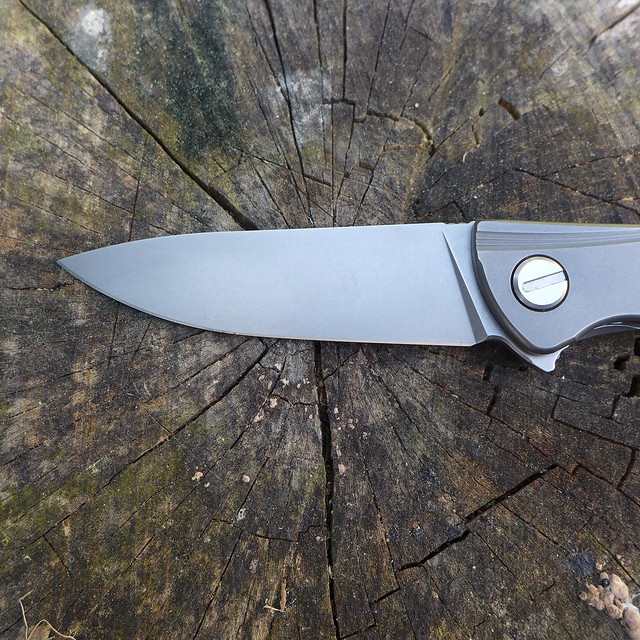 To a novice or in photographic form, its splendor is hard to appreciate, but in person, in hand, and especially when deployed, the knife is sublime. There is simply no other blade I have handled, custom or production, that flips with the kinetic grace of the Neon.

This is a knife of ethereal finish and that pivot, oh that pivot… it is the knife equivalent of the growl of a normally-aspirated Ferrari V12: a thing of rare and exotic pleasure. The blade, of course, was immaculate and the lockup was swift and satisfying. It is easy to understand, especially after handling the knife, why people fawn over Shiros the way they do.

This is simply one of the finest production knives ever made and even with all the competition and focus on the flipper portion of the market, the Shiro flipper/detent/pivot combo is without peer.  Having seen them taken apart I have no idea what the magic is, but I have no doubt that the magic is real here.

As one of the more current new hotnesses, the Shiro brand earns its attention. Its knives are fine examples of the production cutlery world and a high-water mark of what companies can do in terms of high-end precision and repeatability. The Russian brothers are killing it. But all of these knives are giant. The Neon retains all of the Russian splendor, but in a smaller, more convenient and eminently-carryable package. The problem with the Neon is not the knife, it’s the price and availability.

Even now, a year or so after its release, the Neon is hard to find and rarely in stock. When it is in stock, it vanishes in a heartbeat. And that’s insane given that this knife is never cheaper than $600.

There is no question that the Neon is great and a truly superior blade. It is also offering things that other uber-premium production knives don’t; that flipping action, for example. But is that alone worth the $200 or so premium over a Sebenza or the $150 premium over a Hinderer? That’s something I can’t answer. I know some people think it is, and there is some support for that belief. There is simply no question, however, that this knife is amazing.