The Myth of Out of the Box Sharpness One old saw you will read and hear across the Internet Knife Community (IKC) is the notion that out of the box sharpness matters. In reality, it matters only very little, and certainly not in the way that most folks think. The logic behind this myth is tempting, but it is flawed. It goes something like this–knives are cutting tools and so how well they cut, out of the box, is an important sign of how good a tool they are. This is just not true and for a long time, especially in other places were cutting edges matter, out of box sharpness was not just unimportant, it was downright avoided. Let’s explore why this myth is wrong, what out of box sharpness tells you and when it actually does matter in the way people think.

The Other Lives of Knives

In the knife world folks do the same thing–they get a knife, they slide it out of the box, and then they cut something: arm hair, a single sheet of paper, their fingernail. Its just what knife guys do. In much the same way, flashlight folks invariably blind themselves to test lumens, knife guys cut something. And so when you get a knife and it fails this test or performs poorly, its a bummer and some folks see it as a fatal flaw. But looking around to other cutting tools we see this is not a good way to think about cutting edges.

If you ever do woodworking and you have a chance to use a hand plane you really should. But be careful, a bad plane can ruin the experience entirely. If you get a good one, you will be able to achieve a surface finish like no other, far clearer and cleaner than what you would get with sandpaper (albeit with significantly more work). Hand planes have been around for centuries and developed independently in both the East and the West (parallel evolution, just like vultures). And for years, good hand planes came sharp, but not cutting ready. Instead, the expectation was that the buyer would put the final edge on the plane. It made sense–some wood is full of tough, tight grain, like oak, while some wood is smooth and uniform like true mahogany. The plane maker had no idea what wood a person would be cutting and so the final edge would be left undone so the buyer could tune the cutter to best work with a given species of wood. It also might have been that the final step of honing the edge was too time intensive given early 20th machines to make it profitable to get the plane work-ready.

And this is not the only place where cutting edges were, for many years, left unfinished. 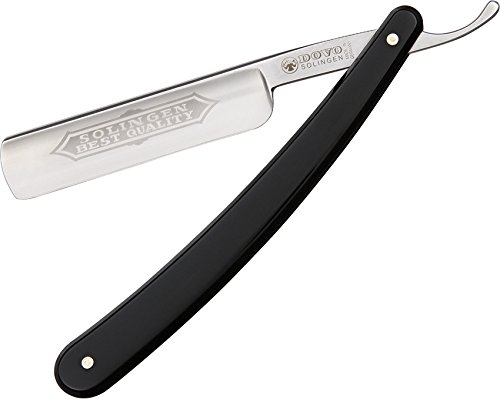 Traditionally straight razors were sharp but untuned, requiring the buyer to strop and hone the final edge. Now, given that they are a specialty item, straight razors come work-ready, but in the early half of the 20th century there was an expectation that the buyer would take the razor home and do some more work before he would use it to shave.

There were some exceptions–scissors and saws were generally work-ready edges, but these are not the precision tools that hand planes and straight razors are. The point, though, is this–it is only now in our world of instant gratification that we are disappointed when precision cutting tools don’t arrive work-ready. For decades people understood that precision cutting tools required a bit of fine tuning before they went to work and this was viewed as a good thing–a capacity for user-customization.

What It Really Tells You

In this day and age, with CNC machines and high precision grinders (not to mention stones with unprecedented, ultrahigh grit numbers) precision cutting tools from Lee Valley block planes to Sebenzas come with final edges. Steels are significantly better, making the cutting medium less important. Today’s high end steels can cut just about anything. So knives SHOULD come sharp out of the box. But knives that aren’t aren’t bad knives, they are indications that the manufacturer is not paying attention to details. Think of out of box sharpness in the same category as blade centering–good companies do this well, time and again, while lesser companies don’t. But it is quite possible for a good knife from a good company to have a bad edge out of the box.

This is not to say it doesn’t matter. It does. Sharpening a knife before ever using it is a let down, but it is not a fatal flaw. Now, of course, a maker does have to be a workable edge on a knife. If the final grind so bad, so uneven, that no amount of honing at home can get a reasonable edge on the knife, then it is a bigger problem, but in nearly a decade of systematically reviewing knives I have yet to get a knife with an edge this bad.

When It Does Matter

There are two exceptions to this rule–knives with hard to sharpen blade shapes and knives with ultra-high hardness blades. Generally something like a kriss blade shape or a double edged dagger is beyond the ability of most amateur sharpeners. In those cases, it is incumbent upon the manufacturer to put a good useful edge on a knife out of the box and be willing to sharpen the knife after sale for a modest price. An unsharpenable edge is a useless edge. Similarly, with ultra-high hardness materials, steels like Maxamet or REX 121, or materials like Nitinol 60 or ceramic, the edge absolutely must arrive shaving sharp. There is no real chance that a person at home will have the equipment to sharpen these edges in anything that resembles a reasonable period of time. It just won’t happen.

So while out of box sharpen is important it is more a sign of whether a manufacturer is paying attention than it is if they are good tool designer.