At some point, if you have a knife collection you also acquire a sharpening system collection. For me my system has evolved over the years into a three stage set up. For normal maintenance and stropping I used three different strops–a paddle with two smooth leather surfaces one coated in black compound and the other in green paired with a smaller suede leather strop with white compound. These give me a bit of flexibility in how I address a loss in edge retention.

If I need something to be touched up I have a Sharpmaker. In the event that’s not enough I step up to the motorized steel hogging system called the Ken Onion Worksharp. I strongly prefer the grinder attachment instead of the guide attachment. One of my high grit belts has green compound on it, giving me the ability to produce mirrored super sharp edges. That’s a lot of gear just to sharpen blades, but the results are something I really like.

Still, if it were possible to have one system that did all of this, I’d be quite happy. Until Mike from Viper Sharp sent me the system I had yet to use a fixed angle system (see also: Lansky, KME, Wicked Edge, Edge Pro). The precision and consistency of such systems always fascinated me. When Mike hit me up, I decided to take him up on the offer and see what these kinds of systems can do. 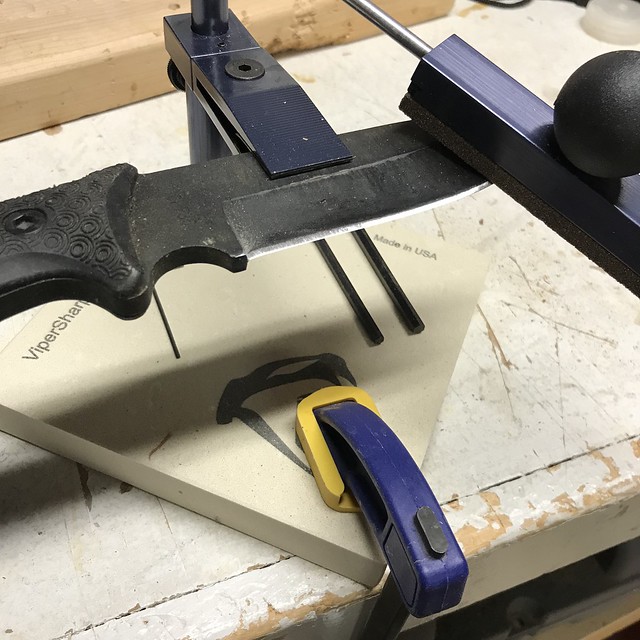 The Viper Sharp is very much like other fixed angle sharpeners. The Viper Sharp consists of five main components and a series of hex keys. The review sample also came in a carry case. It has a base, a stand, the knife blade brace, a sharpening arm, and a series of Viper Sharp plates. In many ways it is a very well build, very fancy version of the Lansky.

The base here is a made of a granite-type material, very much like what you’d find on a high end kitchen countertop. The brace is a pair of aluminum jaws and the inside of the jaws are padded so that it does not damage or scratch the blade of the knife being sharpened. The stand is machined aluminum. The sharpening arm is made of steel. The rod of the arm fits through an eyelet on the stand and moves smoothly through the eyelet. By adjusting the height of the eyelet in the stand you can change the bevel angle. At the end of the sharpening arm is a bracket. The bracket holds the Viper Sharp plates, which are actually sharpening media glued to a plastic backing bracket. This bracket mates with the bracket on the sharpening arm and snaps into place with an authoritative click. There are a number of different screws on the Viper Sharp, all of which use a hex key. There is a screw to hold the stand in place. There is one to hold the eyelet as it raises and lowers in the stand. There is a third in the knife blade brace. Unfortunately all of the screws are different sizes, though Viper was kind enough to include all of the necessary hex keys (though if you have built Ikea furniture you probably have all of them anyway).

Testing a sharpening system is quite addictive. I used the Viper Sharp to strop some of my folders. I also used it to reprofile a fixed blade after I dropped it on the cast iron table and took a sizable chip out of the edge.  As you can see, this was a real ding. 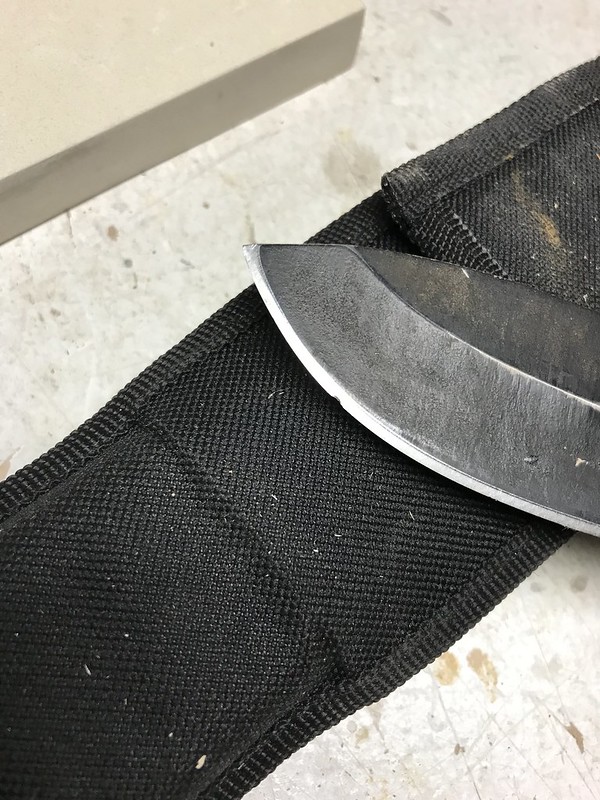 One of the other cool things that I did when testing the Viper Sharp, was I used the Viper Sharp plates to do all sorts of nice maintenance. By making them small yet rigid, they were very useful even when not snapped into the place on main system. I also used the Viper Sharp’s leather plate to freehand strop my axes as they are WAY too thick to fit into the blade brace.

Overall the design of the Viper Sharp is a fundamentally solid design.  It is easy to use and moderately intuitive.  The knife brace is solid, as is the the base and the stand.  Things get a little wonky with the sharpening arm.  As you use it, the eyelet on the top of the stand tends to loosen and come out of place. 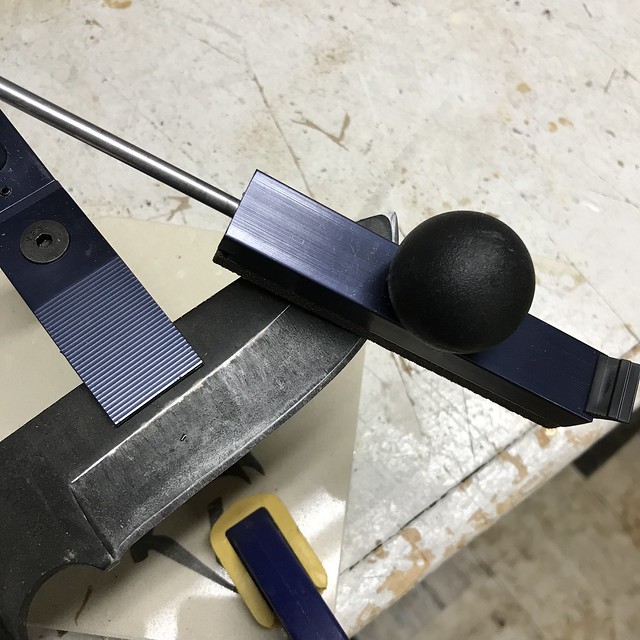 The other issue with the Viper Sharp design is the fact that there are simply too many screws that need to be adjusted every time you use the system.  Adding to the problem is the fact that all of the screws use different sized hex keys.  Fiddling with screws is not a fun substitute for putting an edge on a knife.  Using thumb screw replacements or spring loaded jaws would make the system significantly better.

Despite these issues, the results, once everything is tuned and tweaked, are very, very consistent.  Time and again, I was able to achieve a clean, uniform edge.  Unlike other systems, like the Sharpmaker or the Worksharp, once you lock everything in place, its virtually impossible to screw up.  A quick second of inattentiveness on the Worksharp could ruin a knife.  Nothing like that could happen here. 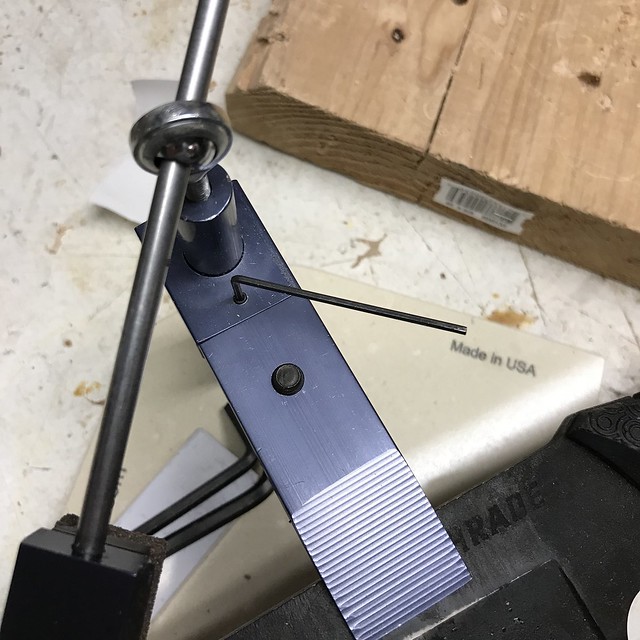 The problem with that consistency is that it comes at the cost of speed.  Reprofiling an edge is painstakingly slow.  Going from sharp to gleaming isn’t bad at all, but if you have to hog out a bunch of material, set aside a half an hour or so.

One other nice touch is that the sharpening plates are quite useful on their own.  If you can freehand at all, its not inconceivable that you could use them independent of the system itself.  There are a bevy of options and the leather strop plate was especially handy.

Fixed angled sharpeners are exceptionally versatile. They offer quite a bit of control and very little concern about killing an edge. They have a much less steep learning curve compared to something like the Worksharp and the produce better results than other simple systems like the Sharpmaker.  The only real concerns I have are the screws, the eyelet coming loose during use, and the ponderous pace of reprofiling.  Only truly skilled grinders could get results like the Viper Sharp gives you on a stone or a belt system.