With a design heritage that features Jens Anso and Jesper Voxnaes, Giant Mouse knives were bound to be a hit. Their first four or five blades were, however, limited runs and so when they were gone they were gone. They also hit pretty high price points, most clocking in over $300. And for me, they were all a bit big for EDC. The building blocks of a dominate design were all there. And with the Ace Biblio, Giant Mouse has their first unalloyed success. This is a great EDC knife.

NOTE: This review sample was provided by the manufacturer and will be returned. 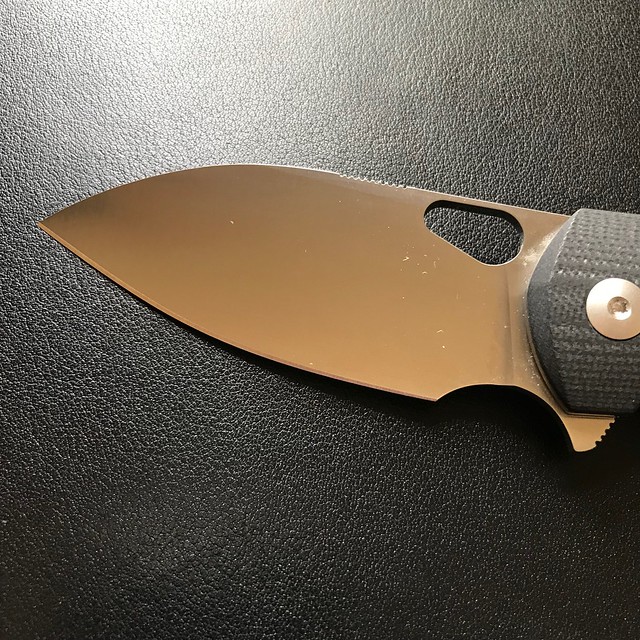 The Biblio is a midsized knife. It has a mix between a wharncliffe and spearpoint blade. It has a thumb hole that is more for looks than deployment. The knife is designed to be opened via a flipper tab and rides on a set of bearings that surround the pivot. The handles are made of fully contoured G10. There are steel liners in this knife and one side is the locking leaf for the linerlock. There is a forward finger choil (meaning the choil is on the blade-side of the pivot, as opposed to a half and half choil like the one on the Spyderco Paramilitary 2). The knife is retained by a wire clip, though the bending pattern is different than that seen on many Spydercos. The blade is just at 3 inches long and the knife weighs 4 ounces. Like the limited run knives from Giant Mouse the Biblio runs M390 steel. The design is basically a shrunken version of the GM1. Here is the product page. There are two versions, one with black G10, which I found to be quite nice, and the obligatory hipster favorite Green Micarta. 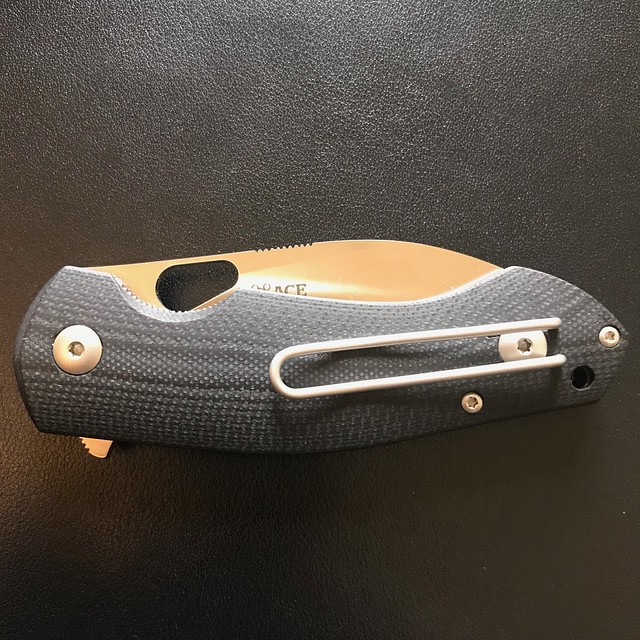 The knife follows the lines of the Anso Ziggy, albeit with a smaller overall size and a slight modification of the handle shape. On paper, this is a superior design–with lots of curves it is inviting to the hand and quite balanced. Shrinking the limited run knives down a bit put the Biblio in just the right place for EDC. The fully contoured G10 handles are decent, but add a substantial amount of weight and thickness to the knife. Thinner G10 would have saved considerable weight. Also given the strength of the detent the thumb hole is a bit of window dressing. It helps confirm that this is a Giant Mouse knife but it is virtually impossible to use. Also, in a odd, but correct move, the jimping is  about half an inch closer to the tip of the blade than normal and it works exceptionally well.

Though stoutly built I didn’t pound on the Biblio, instead I used it for mostly general utility tasks–food prep, fire prep, box opening and processing things for recycling. I did notice that the blade was quite slicey in large part thanks to a relatively tall blade and a very thin grind.  In excelled in food prep, coming in just behind the group of elite slicers like the Spydiechef and the Chaparral.

I was worried that this thin edge would promote chipping, but it appears that Giant Mouse got the right steel with the right heat treat and backed off the uber thin edge just before the cutting bevel.  In testing this meant that I could slice fire sticks with no fear of ruining the edge. In preparing probably about ten fires with the Biblio I had no problem achieving beautiful curls in maple, oak, and pine with no edge impacts at all. 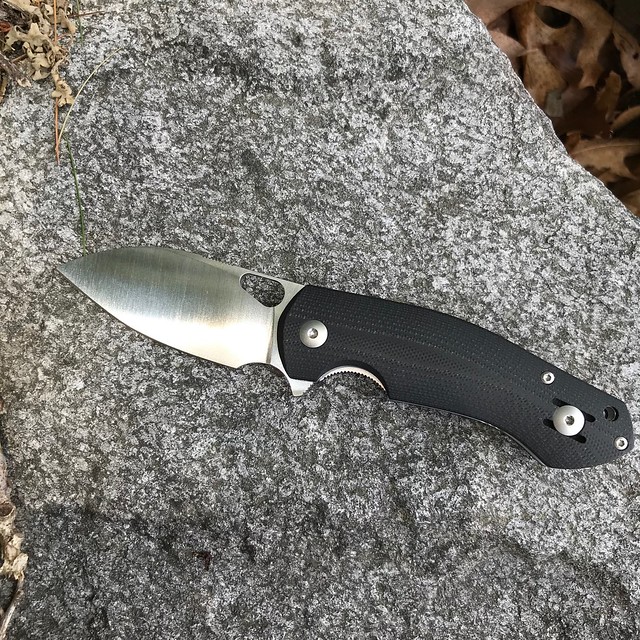 Having owned a Ziggy and reviewed a limited run Giant Mouse, I can say without reservation that this is my favorite knife of the three. I don’t like sculpted clips and I prefer linerlocks over framelocks. I also very much like the size (though not the weight) of the Biblio. This is a sure fire (not Surefire) winner.  The fit and finish was superb, the grinds were even and clean. The handle contouring was both effective and quite nice. The detent though too stiff to use the thumb hole made for excellent flipping.  It was snappy and crisp. Finally, unlike the awful flipper tab on the Ziggy, the Biblio had a bit of jimping and just the right shape. This is a very well made knife for $175. You are not losing anything at all going from the higher priced limited run knives to this blade, well a bit of size, but that just makes the knife more pocket friendly. 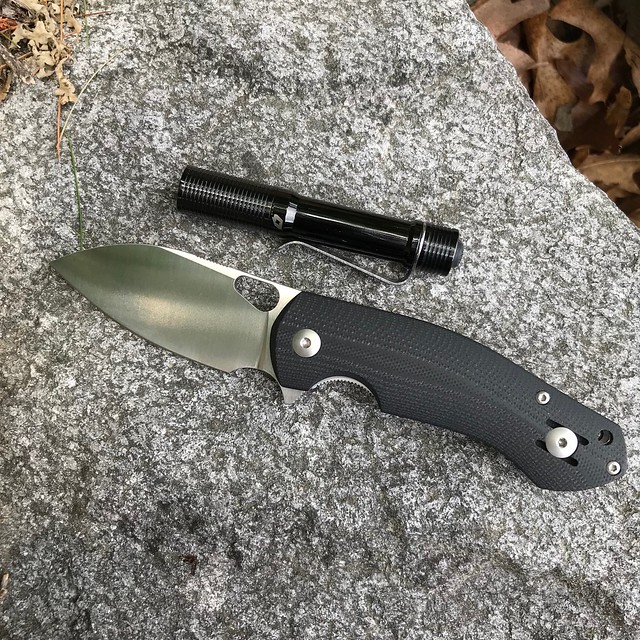 This is a sterling effort from Giant Mouse and one of the better knives in this size range. Only the thick scales and heavy weight hold it back from greatness. It compares favorably to knives from Hinderer, ZT, WE and Reate and does so at a much cheaper price. This is an excellent knife and a top shelf EDC. I’d still probably prefer the Massdrop Gent, the Spyderco Chaparral, or the Benchmade Mini Grip, but it is a close call on all accounts. The knife world is being treated to ever higher peaks and the Biblio is another crest in that range. But unlike a lot of these high quality knives, this one is relatively affordable at $175.  Only the TRM Neutron has an equivalent steel for less money.

In terms of drawbacks there are only a few–this knife is very beefy, thick to borrow a word from hip hop music. I also found the index notch a bit small even though I have strictly medium sized hands. Weirdly enough I found the choil to be just right. I would have appreciated some milling on the inside of the knife and some thinner G10 handles (see the Massdrop Gent for more). This is a small knife that carries like a medium sized knife, which is the opposite of what you want. It also lacked the durability that a similarly sized and weighed Hinderer (the Half Track) possessed. Basically the Half Track fully committed to the hard use genre and the Biblio seems to want to be a bulky general utility knife.

Overall, this is an outstanding blade and something easily worth considering when purchasing your next EDC knife. The drawbacks are minor compared to the pluses and the value, given the steel, is quite good, something that is hard to say about a lot of knives these days.