Let’s face it, quality costs money, and in the world of $1300 match grade 10/22 rifles it seems that you have to spend a lot of money to get a great shooting rifle. This generally has lead to people buying an entry level base factory Ruger 10/22 and then upgrading everying to elevate the accuracy.

Feddersen offers barrels separately to do just that, but some don’t want to play gunsmith and just want to buy a rifle ready to shoot. This is where the complete Feddersen 10/22 Tennessee Ridge Runner Rifle makes so much sense for the 10/22 fanatic, avid hunter, target shooter, and/or common sense survivalist. When paired with a decent optic, the $549 rifle delivers sub-1/4″ groups at 50 yards out of the box, making it the best accuracy deal for the dollar of any ready-to-shoot 10/22 rifle package I have yet to test.

The company is known by many names; Feddersen, R4, 1022rifle.com, and Gunbarrels.net. Even with that identity crisis, Feddersen is a name people know. The company was founded in 1979 by Fred Feddersen and has become rather famous for his world record breaking, patent pending, R4 .50 BMG gun barrels. Each and every step of their in-house barrel production is unique, and in fact their entire process is patent pending and a trade secret process. Unlike many barrel or complete firearms manufacturers, Feddersen is not buying pre-rifled blanks and just finishing them to their own specs — they are producing 100% of their barrels in-house from solid round bar stock. They have a special drilling process, a patent pending, ultra-sensitive lapping/honing process, unique, proprietary single edged polygonal rifling (SEPR), and they’re one of the few companies in the world which offer a barrel with near perfect centricity and straightness between the bore and profile. Amazingly enough, their 10/22 barrels start at only $145.

I talked with Fred and Gary at Feddersen, and they had this insane idea to showcase and prove how great their barrels were. They thought, why not just slip their 16.25″ barrel on a stock 10/22 action with a Hogue stock and offer that for sale to the public. No special receiver, tweaked bolt, match trigger, or fancy free-float stock. I thought this would never worked until I shot the rifle. They call this rifle the Tennessee Ridge Runner 10/22, and it’s available from them directly. All I added was a Nikon scope and a harris bipod.

The scope I used is a Nikon P-22 2-7×32 BDC scope, which runs $180. Although this scope lacks parallax adjustment, it is a perfect match for the .22 round. It features resettable zero turrets, and a bullet drop compensating (BDC) reticle makes it easy to start plinking at 100, 150, and even 200 yard targets. The barrel is made from premium chrome-moly steel and finished with deep bluing and shallow flutes the length of the barrel. I have been a huge fan of short 16.25″ bull barrels for a number of reasons. They can often deliver accuracy that matches and sometimes surpasses longer barrels; a smart metallurgist will rationalize the accuracy to a length-to-strength ratio and/or harmonics. Whatever the reason, across a variety of platforms in a variety of calibers they always shoot well for me. Short barrels are much more maneuverable, provide improved off-hand shooting stability, and when fluted are usually only marginally heavier compared to a 18″-22″ standard profiled barrel. For a 10/22, loosing 2-4″ off the end of the gun makes it infinitely easier to get in, through, and out of brushy woods and thickets.

The order process is simple. Call Feddersen, order and pay for the rifle, have it shipped to your local FFL dealer, and then pick it up after completing the transfer paperwork and usually a small transfer fee. The rifle arrived at my local FFL dealer packed in the original Ruger 10/22-RB box that it started its life in. Feddersen removes the stock and barrel and replaces them with the Feddersen barrel and Hogue rubberized stock, test fires the gun, and returns it to the box for shipment. Obviously I am not going to rehash the intricacies of reviewing a stock-standard 10/22 action or the world’s most popular aftermarket 10/22 stock, but the barrel is something special. The chamber is Feddersen’s own proprietary modified/tweaked SAMI spec Benz type match chamber. According to Fedderson, it is within SAMI spec, but on the tighter side of the tolerance range. I have had zero issues with feeding and functioning on all grades of match to bulk pack ammo. This reliability tells me they are not using a super tight match chamber, which frequently causes functioning issues and drives more frequent cleaning intervals.

While we are on the topic of cleaning, polygonal rifling such as Feddersen’s requires less cleaning, and in fact I was told not to worry about cleaning the barrel for at least 500 rounds. But isn’t it a crime punishable by death if you don’t clean your match barrel every 20-50 rounds. Actually, every barrel manufacturer I have ever talked with says the less cleaning the better, because most damage to the barrel chamber, rifling and crown occurs during the cleaning process or in some cases by aggressive over-cleaning; but its your barrel, you do what you want.

Feddersen recommend a zero break-in process, and if only lead bullets are shot then cleaning should only requre a couple passes of a lightly oiled pull-through BoreSnake cleaning rope from breach to muzzle. With copper plated bullets, he noted you may need to use some solvent as well. The SIPR and Feddersen’s lapping/honing process delivers a very smooth surface which reduces bullet deformation and fouling and of course increases accuracy; the result is a cleaner running, more accurate rifle that requires less maintenance. Polygonal rifling generally does not use hard edges to form the rifling, but more of a wavy pattern. Feddersen’s version only has a single edge which apparently helps up accuracy considerably. 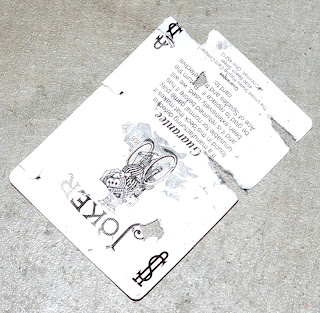 I have won bets using this thing with sick little accuracy tricks like slicing cards at 25, 40, and even 50 yards with the right ammo, because it appears to be Jo Bob’s typical slap-on-a-bull-barrel upgrade. Ohhh, but looks are very deceiving. In my case, the scratched and well worn Simmons scope really helps me sucker my buddies into a bet. Load up some Lapua Midas or Center-X and start taking your friends’ money.

My best group so far is a 5-shot .136″ group at 50 yards with Lapua Midas ammo (yes those numbers are correct). In fact, I have recorded more than a few .377″ and even .25″ groups with plain old CCI Standard Velocity ammo. The fact that a $549 rifle with a non-free-floated stock can mathc the accuracy of top 10/22s in the business is an amazing testament to the Fedderson’s SEPR process and all the other patent pending processes that go into making the barrel. Already have a 10/22? Feddersen has the same barrels ready to bolt onto your existing 10/22, starting at only $145.

This rifle made me reconsider everything I ever believed about what affects accuracy. Here we have a bone stock 10/22 which would have been lucky to deliver 1/2″ groups at 25 yards now delivering groups of under 1/4″ at 50 yards with nothing more than a barrel and stock change. No special anything other than the barrel… and of course there is something special about ripping $20 out of your buddy’s hand after splitting a playing card at 50 yards.