The number one complaint in the comments on my articles here on AllOutdoor is that the gear I am highlighting is too expensive. That’s probably true. Gear, on whole, is getting more expensive. And a lot of it is not accessible to people. It is a true rarity to find a functional modern flashlight in a store near you. But, ever the tireless gear geek, I did just that. I looked around at my local chain stores and tried to assemble the best EDC kit I could.

For knives I looked at Wal-Mart, Target, Lowes, Tractor Supply Co., Home Depot, Sears, and Dick’s Sporting Goods. For lights and mulittools I looked at the same places. For a pen I dropped in to Staples, vomited at their terrible prices and selection, then kept shopping.

If you expand your searches to larger specialty retailers like Cabelas and Bass Pro Shop you can do better than this, though not by much. Another interesting feature is the fact that the specialty stores have insanely bad prices–the Cabelas near me had a Spyderco Military for $249.95, a jaw dropping price that basically assumes the buyer is too stupid to use the internet. By far the best local chain store for EDC gear was REI, but they aren’t everywhere so I didn’t include them.

One last caveat–do not buy Gerber stuff. You will find a ton of it locally. A metric ton. The confluence of factors that leads me to this proclamation is as follows:

So, avoid Gerber. If you do nothing else other than that, you’ll do okay. But we want more than okay.

Here are the results of a Go Local EDC search:

Surprisingly it was Wal-Mart that had the best selection. The Super Wal-Mart near me had my #1 choice, the USA made Kershaw Skyline. 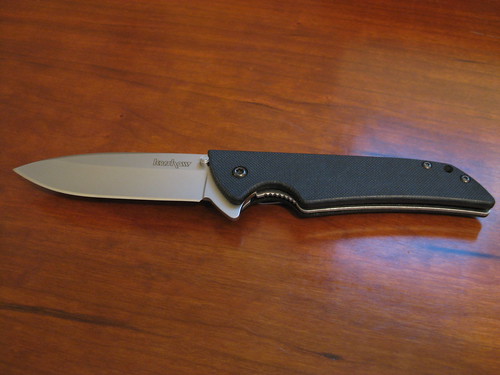 The Skyline’s 14C28N steel is better than the vast majority of blades that are locally available. It was not present in the local regular Wal-Mart, so it’s not a universally stocked item. Other good choices at Wal-Mart were the CRKT Ripple and the CRKT M16. Both are very good flippers, but lack the steel the Skyline does. Target had Alox Cadets in stock, but not consistently. 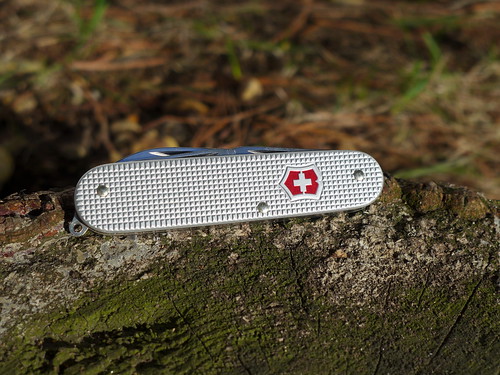 These were my favorite overall items I found locally. They also had Tinkers in stock as well, and these were consistently available. Tractor Supply had a number of reasonably priced Cases, including a Copperhead lockback and a Sodbuster (which also showed up at Lowes). Dick’s Sporting Goods also has a decent selection of Kershaws, including the excellent non-catalog Zing G10 and the very competent Strobe.

Home Depot has Leatherman Wingman in stock for a decent price. 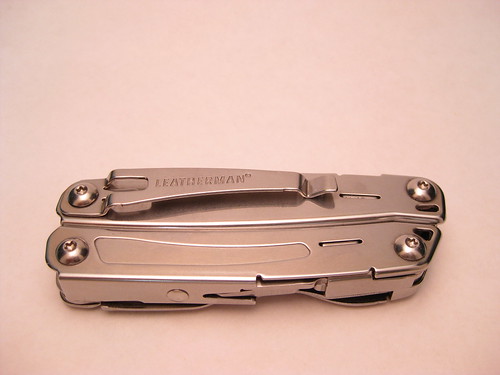 This is my favorite cheap multitool, leagues better than the Gerber Garbage. It’s also better than the similarly priced Leatherman Sidekick. I’d take a clam shell cutter over a teeny tiny saw any day of the week. That said, if I were confined to local stuff, I’d definitely save my pennies because for around $70, Sears had a new Leatherman Wave. The Wave is one of the best multitools in the world, and it’s inexpensive and local. It is an obvious #1 choice.

A quick word about multitools. Right now there are number of less the competitive brands out there. I found some “Sheffield” brand multitools that were, ironically enough, not made in Sheffield England, but China instead. Of these no-name brands, only the Kobalt tools were even decent, and they were just barely so. The Kobalt tools had decent designs with substandard materials, and they weighed twice as much as more well known brands. None of these off brands are worth it, especially when the Wingman is so cheap.

Lights are really tough. Virtually every store had a Maglight, and Maglights are atrocious. They are dim, have off colored tints, and for what you get, are exceptionally expensive. This is one piece of kit I’d rather buy online 100% of the time. But if you have no choice, the best stuff I found locally was at Dick’s Sporting Goods. They carried most of the 5.11 line of lights, and though they aren’t amazing, they are miles better than Mag’s stuff and much better for the money than the insanely priced Streamlight stuff. If you expand the local search to include REI, you will be treated to much better lights: Fenix and SureFire.

The pen was not terribly competitive. You can get a G2 or a Uniball Jetstream, but if you are like me, these with end up as plastic shards in your pocket well before they run out of ink. There is, of course, the Fisher Space Pen, but the refill is positively terrible, like trying to write on a surface covered in oil. Instead, I would opt for one of two pens–one a classic and the other a great modder pen.

The Parker Jotter is a sleek icon of design, and even all these years later, it writes incredibly well. You can use the Fisher refill if you want, but you can also swap in a bunch of really great gel refills (the Moleskine gel pen refill is great and fits) and standard ballpoints (like the Schmidt 9000 EasyFlow). The metal body is a bit thin, but it will stand up okay.

If you need a true brute that with a little modding can take all Parker compatible refills, then look no further than the cheap and great Zebra F-701. 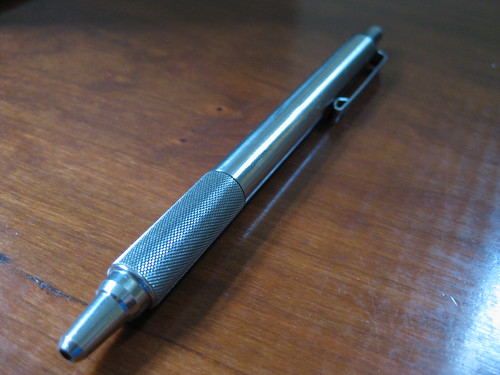 Its thick steel body holds up well, with the only weak link being the clip (which is user replaceable). The knurling is excellent and the knock has good action. For $7 you can’t find better.

That’s a pretty decent and pretty cheap EDC if you can only buy local.