Recommendations 2016: Out of Production Edition You have a burnin’ need for some gear, but less than enough dough to support your desires. What’s a thrifty fella’ or gal to do? Hop on the forums. (Yes, I know it should be fora, but no one says or writes that. Language changes deal with it grammar Nazis.) But that is the Wild West. What gear should you look for among the pages and pages and pages of stuff? Here are a few tips.

First, flashlights change as fast a computers, because, in essence, the modern flashlight is a little computer. The chip that regulates battery consumption is nothing more than a tiny microchip, and so with updates to chips, the flashlight gets an update as well. The same is true for the LED emitters in modern lights. All of this means that the latest and greatest is late and great for only a split second. Then it is no longer state of the art. You can score sweet stuff, getting the “old” model of a light. It’s usually in great shape with a barely perceptible drop in output, all for 50-75% of the cost of new.

Something very similar happens with knives. Steel doesn’t change quite as fast as chips, but it is close. After the HAP40 knives were released from Spyderco, those same models in last year’s flavor, aka Super Blue, were all over the forums. They weren’t exactly as cheap as flashlights, but it was close. Companies love new steels as it compels us steel junkies to buy yet another knife, but in some cases the performance differences are negligible, if they exist at all. The change from Super Blue to HAP40 was, for example, just a different kind of steel, not a direct upgrade.

Supposing those tips aren’t helpful enough, here are a few out of production (OOP) items that are amazing performers, should you find them.

Mac Customs Lights: Okay, so you aren’t going to find these on the cheap. Mac is a custom maker that had some trouble and no longer makes lights. OKLuma makes a light very similar to the original Mac Custom, but the originals, if you can find them, are something of a collector’s item and usually command very high prices. Still, maybe someone not in the know drops one on Candle Power Forums for cheap. If so, jump on it. Even though they are older and lack moonlight lows, they are still great lights. 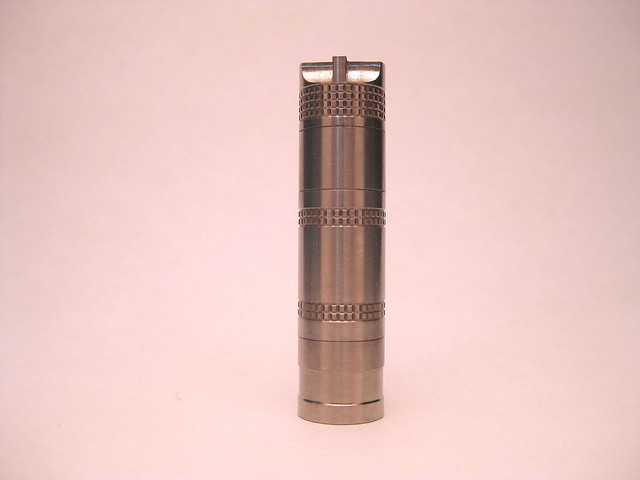 This is not so much discontinued, but just not in production right now. This little gem is also unlikely to be cheap, but, and this is a big deal, even a few years after its release there is nothing like it on the market. The size of a AA battery with an output on 600 lumens and a true moonlight, the HF-R is one my two favorite EDC lights. The UI, which allows for access to high and low directly from off, is as good as any out there. This is the rarest thing in the flashlight world: a light that is state of the art for more than ten seconds. 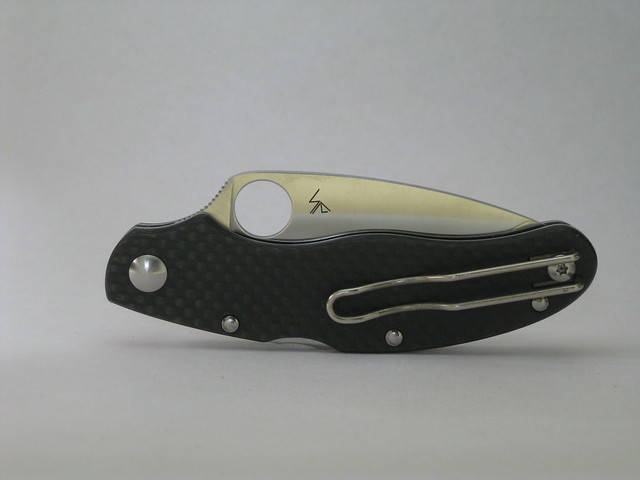 I was shocked when Spyderco discontinued this model. I was convinced that it was an evergreen product. Even years after its debut, knife knuts praise the Caly3‘s amazing ergos and great steel. This knife is the apotheosis of the classic Spyderco form–simple, elegant, easy to use, and slices like a deli slicer. If you can find one, grab it. You won’t be disappointed.

Benchmade AFCK: In a sea of Axis lock knives, the original AFCK had a liner lock and people loved it. There are a ton of variants out there, including a smaller one, but for whatever reason Benchmade refuses to bring this back into the lineup. Until they do, collectors and users will peruse the forums looking for a used one. Great knife in any variant, but some of the M390 ones look positively awesome. 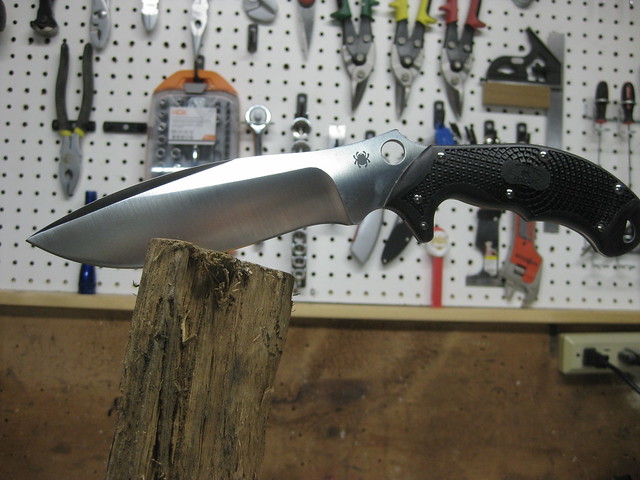 This is a chopper. It may not be the biggest blade on the block or contain some proprietary steel, but like all Spydercos it gets the basics of cutting right. A thin 3/16″ ground blade, I prefer the one in VG-10 to the one in H1. The sheath ain’t bad either, but it is very wide. Think of it is as an emergency splint in case you break your leg out in the woods.

Kershaw Speedform II: This was something of a failed experiment on Kershaw’s part. 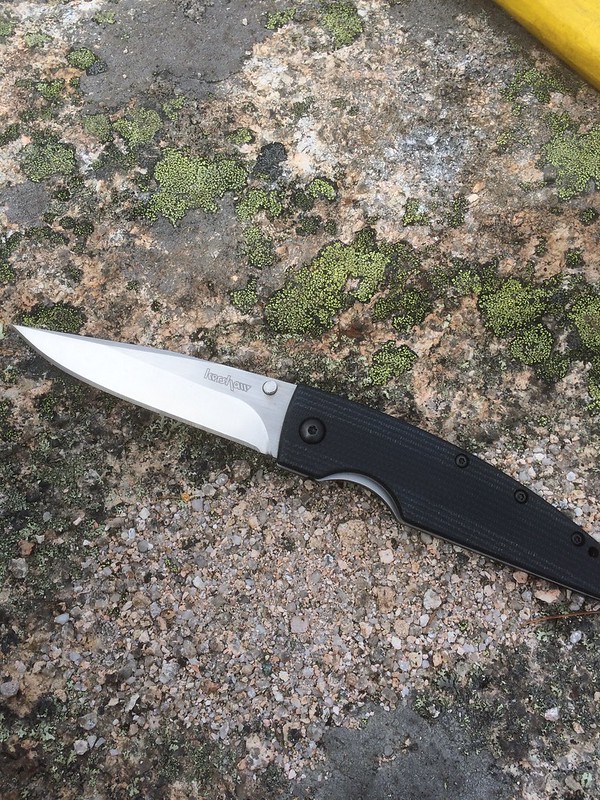 This one failed because it was a sales flop, not because it was a bad knife. In fact, it is quite an outstanding knife with a thin grind and an insanely sharp (but well reinforced) tip. The Speedform II is a smaller sibling to the original, award-winning Speedform. Designed by Tomie Lucas (an in-house KAI designer that also gave us the Skyline), it was supposed to be Kershaw’s answer to the classic Benchmade 710. Unfortunately for knife knuts, the Speedform II, with its 3D machined G10 handles and Elmax blade, sold poorly and was discontinued after a few years. Since then, Kershaw has morphed into something of a budget brand and knives like the Speedform II, made in the USA with better than average blade steel, are a rarity. 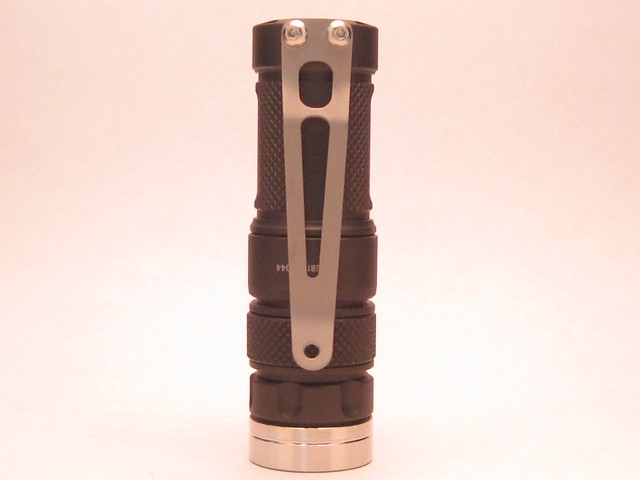 Other than the fact that this little booger can’t tailstand, JetBeam got a lot right for this selector ring-only light. I really enjoyed carrying and using it. I liked to so much was seriously considering taking it to a machine shop and having them grind that stupid lanyard attachment away. Alas I didn’t and I gave the light away, but every once in a while I miss it. Even now, it’s competitive on the lumens front–550 on high. 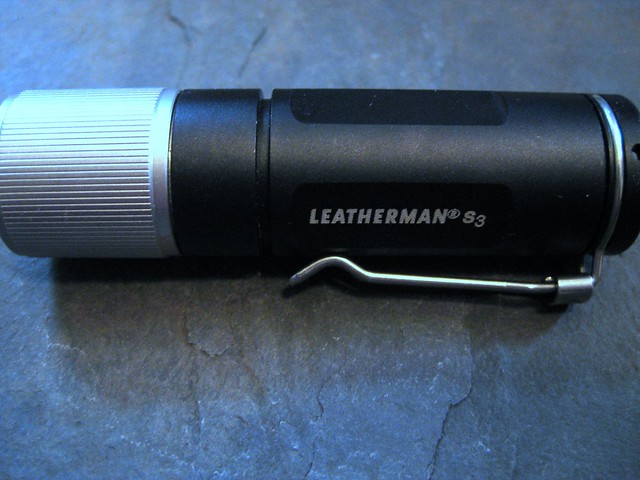 A long time ago, before Leatherman bought out LED Lenser, they released the Serac series of lights–a series where Fenix was the OEM. And boy did they hit it out of the park. Unfortunately they sold terribly and were instantly put in discount stores. I found a pair of these lights at Marshalls for $20. They had a great clicky, three well-spaced outputs, a good beam pattern, and a very innovative clip. The S3 ran on 1xCR123a but given its age, it’s high of 100 lumens isn’t all that competitive anymore. Mine lives in my glove box now and whenever I get to use it it makes me a little happier, even if I am checking a blown tire in the middle of winter.

Canal Street Cutlery Boy’s Knife: The whole company is OOP, but just before they went the way of the dodo, they released a special version of the Boy’s Knife, one with “gold” G10 (translucent yellow), through AG Russell. I had been circling this knife for a while, and when I saw one with non-natural materials, I hopped on it. It has been a wonderful little blade. I paid just under $100 for it, but it has a level of fit and finish that rivals knives five times the price. If you can find a CSC, it’s worth a look. If you find a CSC Boy’s Knife, buy it. They are all great.