Next Gen Steels to Watch At this point S30V is the very definition of passe. You can find it on mid-priced Gerbers, and if there is anything in the knife world that is more passe than that, I don’t know what it is. And now, even its successor, S35VN, is pretty easy to find in a knife. Things have changed dramatically. And yet another generation of steels is on the horizon, about to land in all of our favorite places knife-wise. Here is a breakdown of a few of them.

Maxamet is a powder steel from Carpenter, an American steel company. Here is the datasheet. The idea with Maxamet is that it can serve as a carbide replacement in some applications, meaning that it is incredibly hard and holds an edge for an incredibly long time.

Despite its high hardness it still retains some toughness, making it a very good choice for cutlery applications provided you don’t mind regular stropping (a full reprofile might just be impossible for a user). Maxamet’s upper range for recommended hardness is 70 HRc (ZDP-189, by comparison, hits in the 66-68 range). Looking at the datasheet one element stands out–Tungsten. With 13% Tungsten, Maxamet’s chemical composition is very unusual.

The steel was introduced to the knife world by one of KAI’s Uber Triples, the ZT 0888. After a large number of failures during production, KAI ended the run well short of the production targets and finished the ZT 0888 run with M390 blades. These original Maxamet knives have become tremendous collector’s pieces, routinely selling for four figures. So, until very recently, an Average Joe had no chance of scoring this steel for everyday use. All that changed a few months ago when Spyderco released their Mule 25 in Maxamet. Now everyone could try out this steel. The base of users expanded even further when the 2017 Spyderco catalog was released and two mainstream blades–the Native 5 and the Manix 2 were introduced with Maxamet blades.

Soon you’ll be able to buy two different designs with this amazing steel.

Drawbacks seem pretty clear. This will be a PITA to sharpen. There is simply no way to get around that fact in a blade that is as hard as a Maxamet blade. So, it may not need to touch the stones often, but I would strongly recommend a good strop to go along with your new Native 5 or Manix 2. This is probably beyond the ken of mortal man to sharpen.

If there is any steel in Crucible’s line up that is likely to inherent the mantle of “awesome all around performer” from S35VN (which, in turn, took it from S30V), it will be this steel (or one yet released). Here is the datasheet. With better corrosion resistance than 440C and edge retention like S90V, S110V looks to be one of the best general use steels. Ideally, the steel is hardened to 50-60 HRc–a sweet spot for edge retention and sharpenability (though, let’s be serious that is still a chore to sharpen).

There are few knives out there with S110V right now, almost all of them are Spydercos. Being the dealer of choice for steel addicts everywhere, they replenished much of their evergreen line up with S110V versions.

The drawbacks here are, again, sharpenability. If you can get past that, which should be less of a hurdle than it would be on, say, Maxamet, then you should be fine. I am not sure which steel will be Crucible’s standard bearer in the future, this or 20CV (which is a steel very similar to M390).

This is the looker in the bunch. It is a pattern damascus steel that uses RWL34 (similar to 154CM, designed by and named for Robert W Loveless) and PSF27 (a powder steel version of D2). Produced by Damasteel, DS93X basically does everything you’d want out of a damascus–it looks gorgeous, it is clean and pure throughout with very few inclusions to screw up a blade, and it polishes easily. In short, this is probably the best “production” damascus out there in terms of overall performance and ease of crafting.

There are a precious handful of production blades running–two as of November 2016: the Legacy Line Buck Onset 040 and the Spyderco 40th Anniversary Native 5.

Both look spectacular, in large part because of the blades.

The main drawback here is the cost. This is a complex steel to make and that means it will fetch a premium. Both knives that ran it cost north of $450. There is also the possibility of some rusting. PSF27 is right below the cut off of 14% for the stainless designation (it runs 13% chromium).

This is not a next gen steel in terms of how old it is. This steel came into production in 2009, but it was unavailable for a while because it seems to have been lost in the Crucible business restructuring. There is more on the market than there used to be but it is still quite uncommon. Here is its datasheet.  It’s a shame, too, because this one awesome carbon steel (non-stainless). With properties that make it as good to forge as 52100, but added hardness, Cru-Forge V looks like a promising option for custom fixed blade makers. The additional vanadium helps form very hard carbides that help Cru-Forge V keep an edge after other good forging steels would lose it.

There is a Spyderco Paramilitary in Cru-Forge V as well as a Mule. My experience came when using a GSO 4.7 from Survive! Knives in Cru-Forge V. 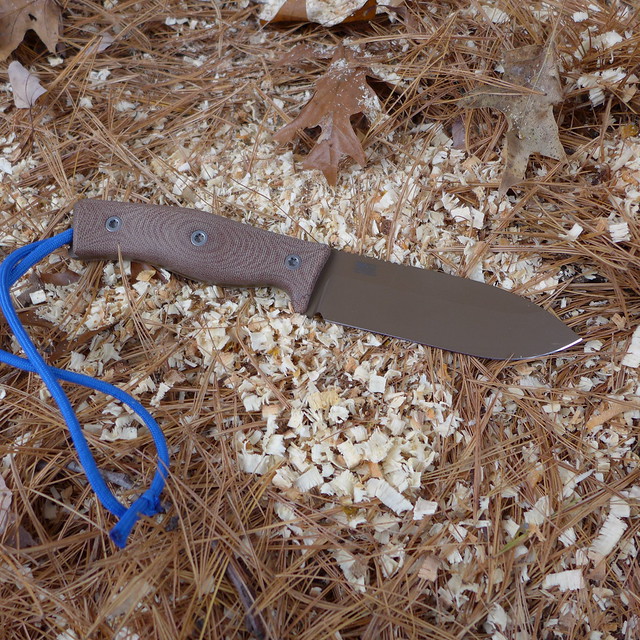 It was used as a cheaper alternative to 3V, and I think it made an excellent choice. While using the GSO 4.7 I had another knife of a similar size and shape running 3V and the Cru-Forge V was not significantly worse at anything but better in terms of sharpenability and lack of chipping compared to 3V.

The drawback here is pretty big–this is a high carbon steel and takes rust like a magnet takes shavings. This means that you either need to be very good about maintenance or you need to have a coated blade (which is the more likely solution in a fixed blade). I hate coating, but I love Cru-Forge V’s performance, so I will deal with a “painted” knife.  If this is a budget alternative to 3V or a better choice to 52100, then it is safe to say that this is a sweet blade steel. Let’s hope it comes back into more of a full production run.

Knife steels are always changing and new ones are always being introduced. Some steels remain classics years after they are introduced (1095, D2, 154’s variants), but others are left in the past as their flaws become obvious once the polish of the new has worn away. These four steels are quite interesting and probably each worth a look. And in two or three years we’ll be talking about new steels or steel that is not steel (and not SM100). Stuff like this.