If you have been around the Internet you will notice that a lot of folks want to sell you services and not products. Nerd culture ktochkees come in Loot Crates. Pocket notebooks come from Field Notes.

And weird pencils and erasers come in Art Snacks. The allure of these subscriptions is easy from the producer’s standpoint: they have a steady stream of income. In the case of Fieldnotes, they make a product with a built in profit margin and then have guaranteed sales of that product for a year. But for other companies, like Loot Crate and Art Snacks, the allure is even stronger: they don’t even have to make a product. They just buy stuff in bulk, with the attendant discounts, and package it together, ship it. and sell it. Even if they break even on the shipping, the bulk discounts on products ensures that these services are profitable. This is the reason they are popping up everywhere that enthusiasts live.

But what if the gear world did things differently. What if Spyderco offered a subscription to a year’s worth of Mules? It would be hard to justify, because unlike a lot of stuff offered by subscription (junk food, art supplies, and notebooks) knives get “used up” at a much, much slower rate. A Maxamet Mule will be used up sometime after the Sun goes supernova. So that part of the model doesn’t fit. But what if, instead of whole new knives, the subscription service brought you new pieces? What if, instead of a new Mule every three months, you got a new set of handle scales, a sheath, or something else? I think there is room here for something interesting.

But the single most promising item for a subscription service, at least to me, is the CRKT Homefront.

This is a knife that is designed to be disassembled without tools in the field. That is a cool feature in and of itself. The fact that it works and is a solid knife make it a pretty neat option. But imagine if CRKT took it a step further. What if you could get swap out parts for your Homefront? What if, instead of a single knife, the Homefront field strip design was part of a line of products from CRKT, knives of various shapes and sizes? And what if all of those knives had user swappable parts that came on a regular basis? This is a subscription service I would pay for in a second.


Let’s say it costs $200. For that you get a field strip knife–big or small Homefront, as an example. Then for the rest of the year, once every two months, you got a new swappable piece. One shipment would be a new blade, a high corrosion resistant steel like H1. Then the next shipment would be a new color or material of handle scales. And then the next would be a new deep carry clip. And finally you could circle back to a high end, high hardness steel like M4 or ZDP-189 (we can dream, this is a fantasy after all). I am not sure about the numbers or the products, but the idea is a solid one. This is a knife that screams to be accessorized and upgraded. Its user disassemble design is not only a way to keep the knife clean, it is also a way to give users the ability, more so than with other knives, to hot swap parts. It would be pretty cool to have one knife that can handle a bunch of different tasks–new steels, new handles, new clip, the possibilities are endless.

Subscription services are everywhere. Most I find a bit underwhelming. But a CRKT service based around the Homefront would be a home run. It’s a match made in heaven.

I can think of other knives that would benefit from similar services. The AG Russell K12 and the Boker Kwaiken, in particular, have easily detachable handle scales. 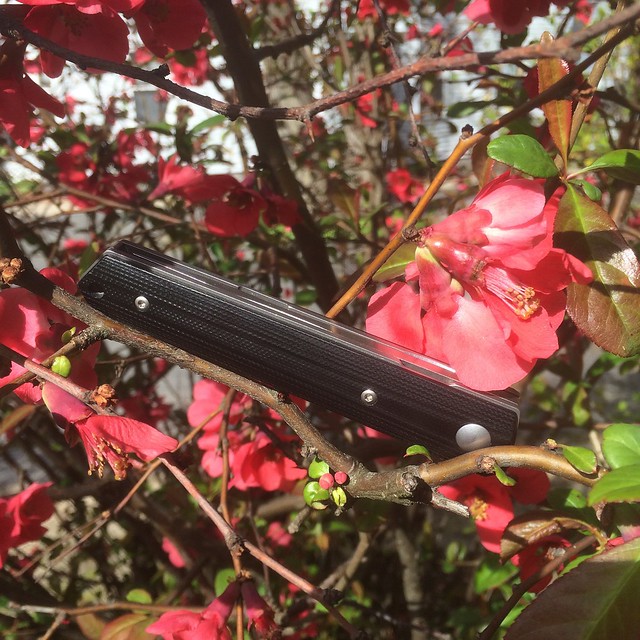 It would very easy for consumers to install new handle scales and give their old knives a brand new look. It would also be exceptionally inexpensive for companies to mail out new scales. A new blue carbon fiber scale or a polished slab of desert ironwood would be an awesome upgrade to these very good and popular knives. Virtually every knife out there could use a new pocket clip or a lanyard. Adding these things in would expand the range of options and I think would make the subscription service more appealing.

The big issue here is that companies would rather sell you a Boker Kwaiken in G10 and then two years later one in carbon fiber. But the folks that do subscription services are the hardest of the hardcore. They are, after all, paying for something not based on need but really on the love of getting something new on a regular basis. It seems possible that there are people that would never pay for a subscription service for knives but would buy both versions of the Kwaiken. It also seems possible that there are folks that would happily plunk down some extra cash on top of their purchase to get a huge variety of options for their favorite blade.

Knives aren’t the only pieces of gear that would do well with a subscription service. Imagine a light, say the Olight Baton, where for a year, you’d get new accessories. 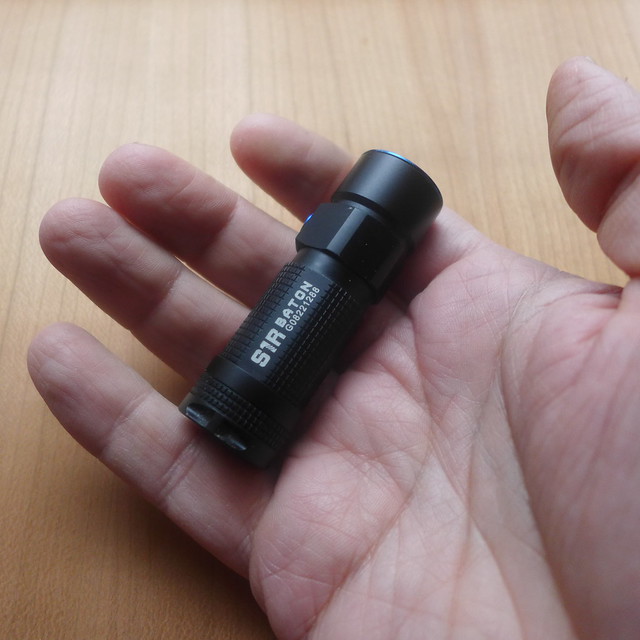 One month it would be a diffuser, the next it would be a new battery tube, the month after that a new Hi CRI emitter. Maybe they could even fix the pocket clip and send that out one month. If the price was right and the shipping not onerous, it would be a great way to tech out your light for any situation and make it an ideal, do-everything, go-everywhere light.

In the end, some retailer or manufacturer is going to try this. There are just too many sweet ways to tweak your gear (and for makers to make some cash) for the possibility to be ignored.