Unlike knives, you can find cheap flashlights everywhere. The counter of your local hardware store probably has a bin sitting near the cash register full of 3xAAA lights. They might have sparkles glued to the body tubes or a “focusable” head. They may even hit 100 lumens, and they are, invariably, cheap. And if you are like me you have probably, in one of your weaker moments given in to impulse and bought one. In reality, none of these lights are better than the ubiquitous Mini Maglite.

For better or worse, that $25 tube of aluminum has come to set the bar for what we expect in flashlights. And truth be told, once you set aside your snobbery, it’s actually not that bad. They have upgraded the emitter to an LED (after about 15 years of watching everyone else do so) and the LED is pretty powerful. The Mini Mag Pro boasts 272 lumens. 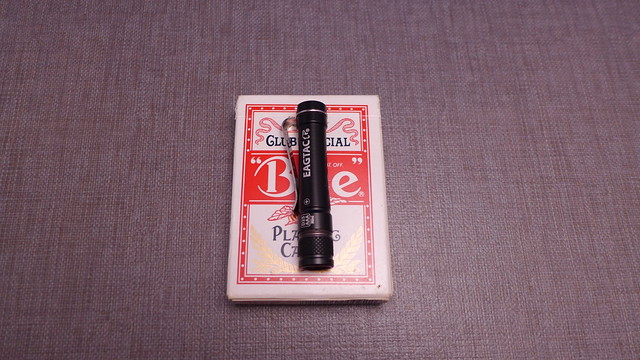 I have been following flashlights long enough that this light, with its bonkers feature set and $27 price tag, makes me feel old. 15 years ago, any one of the features on this light–the lumens, magnetic tailcap, high CRI output–would have made it the best light in the world, custom or production. Now, it’s just a great light for the money.

Honestly, in the 1xAAA form only the Surefire Titan Plus is better, and it costs 3 times the price. Put simply, if you want a good piece of kit, this is a no-brainer.

The one ding against this light is the awful pocket clip. It’s just too big for the light and makes it a snag hazard. It’s also impossible to remove without damaging the light or clip. If it were removable, all would be forgiven. As it is, the clip is the only meh thing on an otherwise outstanding little light.

You know the LRI Photon. It’s pretty good. Not amazing, but okay. Well, honestly, it’s basically better than nothing (and less nerve-wracking than using your cellphone).

I have long wanted something in the same form factor with a better lumens count. There are now many lights that fill this role and all of them have removable batteries and charge via USB cords. And, thanks to better emitters and batteries, they now can regularly hit 100 lumens. The UC02 has a high of 130 lumens, a low of 10 lumens, and includes a charging cable. It’s also 2/3 the size of your pinkie. It is an itty-bitty thing.

Why the Fenix? So many of these lights are interchangeable and share same basic set up and form factor, but the Fenix seems the most no-nonsense and starts at $24.95, cheaper than both the Niteye and the JetBeam equivalents.


I also have faith in Fenix’s fit and finish. Over the years, I have reviewed quite a few of their lights and none were terrible and all had good fit and finish. And, if you need a splash of color, they can accommodate you with both a purple and a blue version to go along with the obligatory black model. 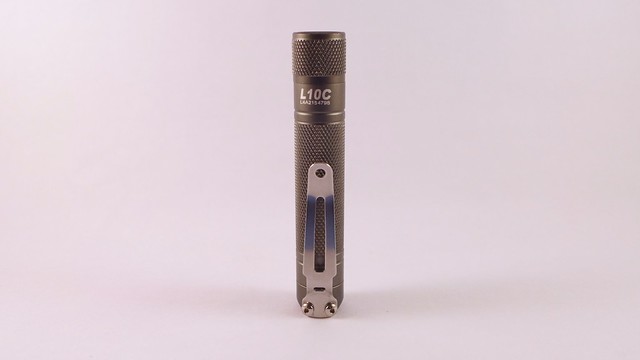 This is a risky pick. If you win the fit and finish lottery, you have a light that is unquestionably the best value on the market. I scored its predecessor, the LC10, and it was amazing, but more than a few readers told me that they had problems with it. I actually inspected a busted one in person and couldn’t figure out why it wasn’t working. We took it apart and still nothing.

The rate of failures was unacceptable, and I have not heard as many complaints about the new L11C version. Still, proceed with caution. This could be your best light or it could be a hunk of junk.

With that warning out of the way, here is why you should strongly consider this light: it’s cheap, it’s compact, and it has all of the things you want (good runtime, decent high, good UI, great tint with available Hi CRI emitter, and probably the most accessible battery format, 1xAA). If you are trapped in the middle of nowhere, AAs might be the only battery you can find.

I also like the ratio between the length of the light and diameter of the body tube. It just fits well in the hand. Finally, I was really surprised at just how good the clicky was. The clicky has the feel of a switch from a light 4 or 5 times the price. There is that whole fit and finish thing.

There is no shortage of cheap lights, and really the Mini Maglite, given its upgraded emitter, isn’t bad. But you can find better for less, especially if you are willing to shop online. Any of the three above will suit you, all three are better than the Mini Mag, and all three offer features the Mini Mag lacks. Whatever you do though, skip the $4 lights. They aren’t worth even the pittance they cost. You’d be better off with a book of matches. They are free and better-made.