A Few of a Gear Curmudgeon’s Favorite Things As my hair grays and I approach the Big 4-0, I have started to enter into that phase of gear appreciation where I am best known as a Gear Curmudgeon. I am muttering things under my breath as I look at Instagram. I am puzzled by the latest pocket frosting trends–spinners. And I am seeing the value in my old favorites. I am not quite in the Butterscotch Club yet, but, you know what? Werther’s Originals are actually pretty tasty. Oh God. It’s happening.

But the reality is, this is more about experience than anything else. There are just some things that experience has taught me really work (crowned spines) and somethings that just don’t matter (max output for flashlights). So read on to either find out little things that make a big difference or read this as a checklist to see how close you are to becoming a Gear Curmudgeon. 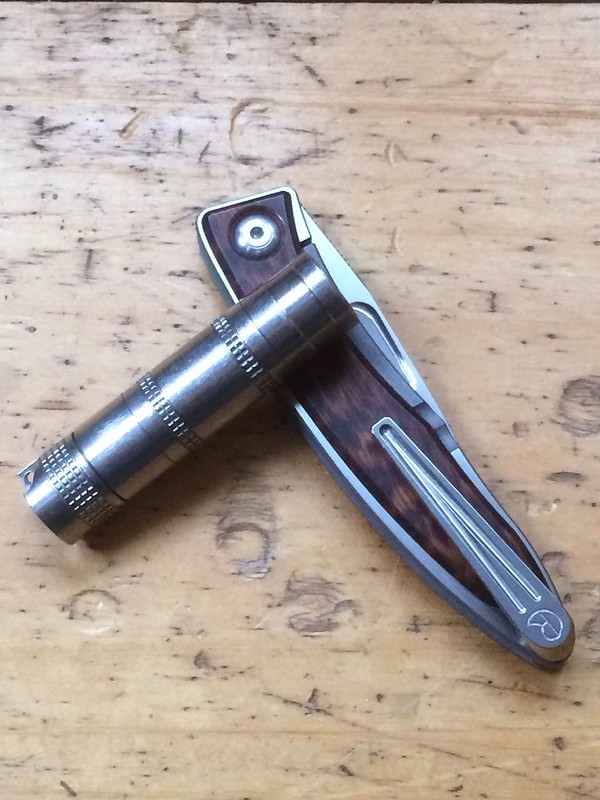 If you own a Sebenza you probably get this right away. Its a small thing, but it gives your knife a classy appearance and it makes the knife slide in and out of the pocket a bit easier than it would otherwise. It also makes retrieval easier. A crowned spine is simply a spine that has been rounded over.  In use, I prefer crowned spine on a folder as it is easier than the alternative on the thumb. 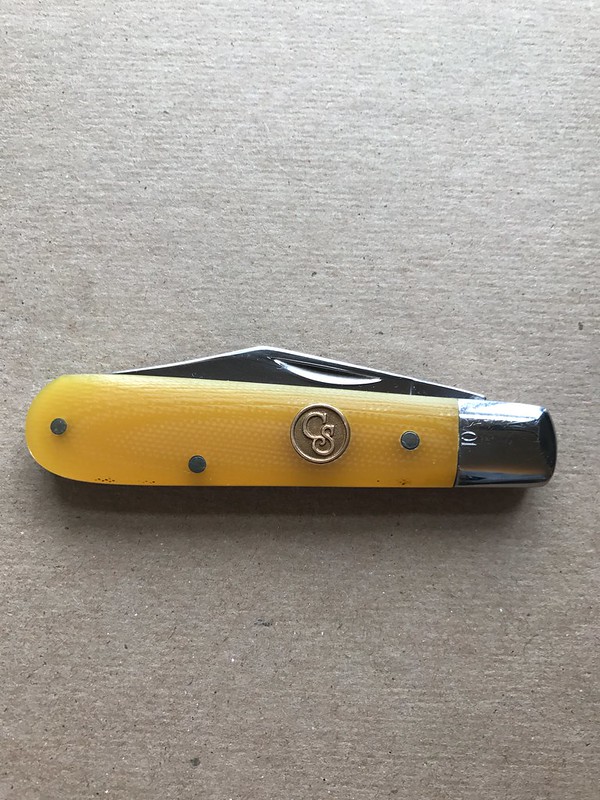 I want one sharp and pokey part on the knife–the edge. Everything else should nice and smooth. I especially don’t want a pokey part that can snag lint that will jam up the lock. The weird thing about this feature is that once you have a knife that has a “lowered” tang, you will not want to go back. It becomes something you obsess about it.

Here is a sample of why this is an issue. The Cold Steel Tri-Ad lock is one of the strongest on the market, but all of those exposed rear tangs have collected lint like kids collect fidget spinners. In the end, I have never had a Tri-Ad lock fail but I have had them fail to lock up because of lint in the pivot. 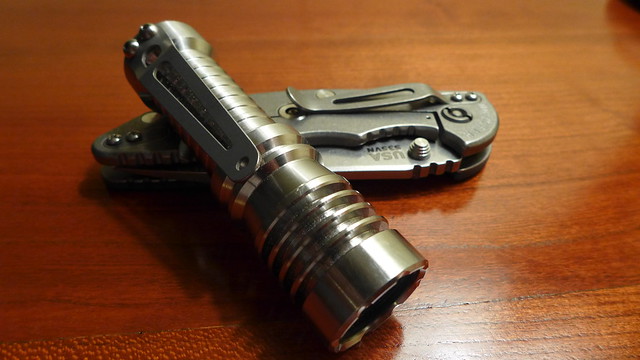 The friction fit pocket clip on a flashlight is the worst “feature” on modern lights. Invariably it does not work. They slide around, they pop off, and even when they do stay put the scratch up your light. I like ones that screw into place better, but the best option is the “washer” style clip that slides over a portion of the light and then is held in place when another part of the light is screwed on. This gives you the grip of the screw-on clip with the tool-free removal of the friction clip. 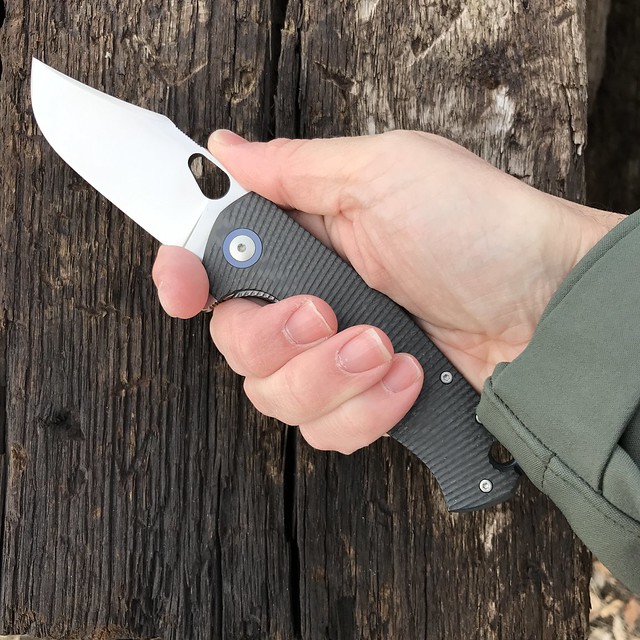 A well done ricasso, the unsharpened portion of a blade that is right next to the handle, can been a marvelous treat, helping you sharpen an edge right up to the end. It also doesn’t snag or get caught on material like some of the poorer designs do. The problem is that a good ricasso is tough to do on a machine and getting a clean and symmetric plunge line is hard to do freehand. But the best machinists or grinders can get those both to work with a good ricasso. 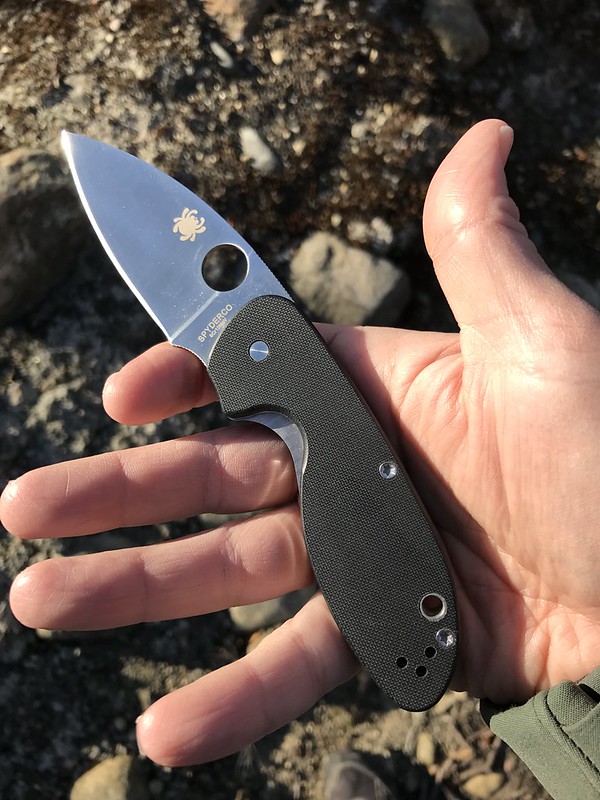 I am getting older.  My fingers are getting fatter and less nimble. Don’t make me fidget with a liner or framelock to unlock it. Give me easy access. Those knives that require me to wedge my finger into the innards of a knife to pop the lock drives me crazy. And it doesn’t have to be a big cut out. Something subtle will work quite well. 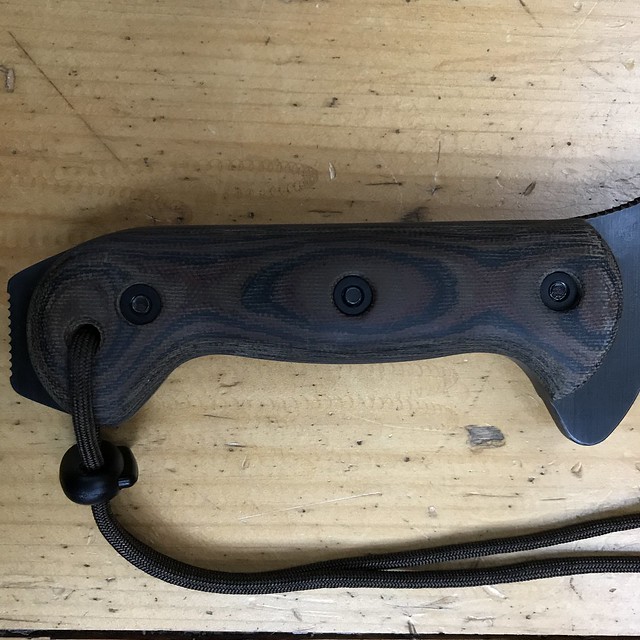 On man, I love leaning way, way back on choppers and blasting through material. Sending chips flying is so much fun, but after a lot of use, choppers can cause fatigue. Remember the conceit of this article is that I am getting older and so that fatigue is a big deal. But if I have a hand hook in the form of a good parrot’s beak I am happy as a clam. It’s like sitting at the very end of a seesaw. You get a ton of leverage. Some of the best handles in the fixed blade world, like the Becker handles on most of his Ka-Bars and TM Hunt’s M18 handle, have parrot’s beaks and once you have used one your shoulder will beg you not to go back to beak-less handles.

Does this feature make me lazy or harder working? I don’t know the answer to that, but the reality is so much of my pliers work is done with one hand and the spring loaded pliers makes that so much easier. The weird thing is that some of the smaller Leatherman tools like the PS4 have them, but the bigger stuff like the Skeletool and the Wave don’t. Go figure. I am not sure the reason for this feature appearing or not, but if I had my curmudgeonly way, ever multitool would have them. 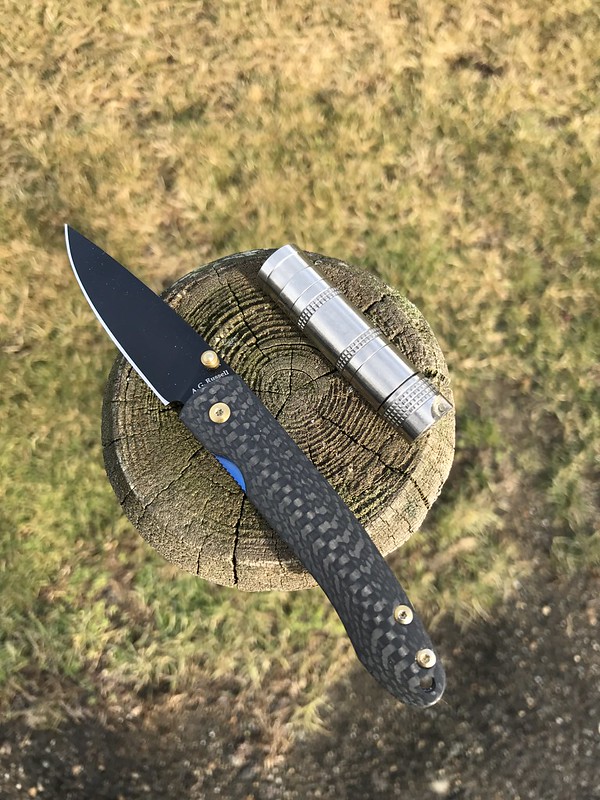 I am at the point now where I am not sure if there are any knives, short of a fillet knife, that are too thin.  I have really enjoyed many of the finer ground traditionals, blades like the GEC Small Jack and the CSC Boy’s Knife. They are so thinly ground that I can do some real work in the kitchen with them. In fact one of my favorite cutters is the Perceval Le Francais, and it is paper thin. I am just not in the habit of batonning with my folders and so, given my tasks, thinner is almost invariably better. This isn’t to say that I need a tiny blade. Some of the bigger knives, like the Cold Steel Golden Eye, make the most of their tall blades, grinding thick stock into something very thin and very capable.

Experience teaches us a lot and more and more I am convinced that some of these new fangled “features” are less features and more rouses to sell us more gear. Stick to what works and revel in your curmudgeonliness. Your gear will be better for it.