This is a great American success story. Jason Hui, one of the finest flashlight makers in the world, started out years ago with a single brilliant torch. It was brighter than anything available at the time. It was a gleaming object of beauty. And it worked. I was the first person to review a Prometheus light and the review sample was Jason’s own personal light. It scored quite well and even today it would do well.

Then Jason designed a pen that took a Mont Blanc refill (including their amazing Fineliner refill). 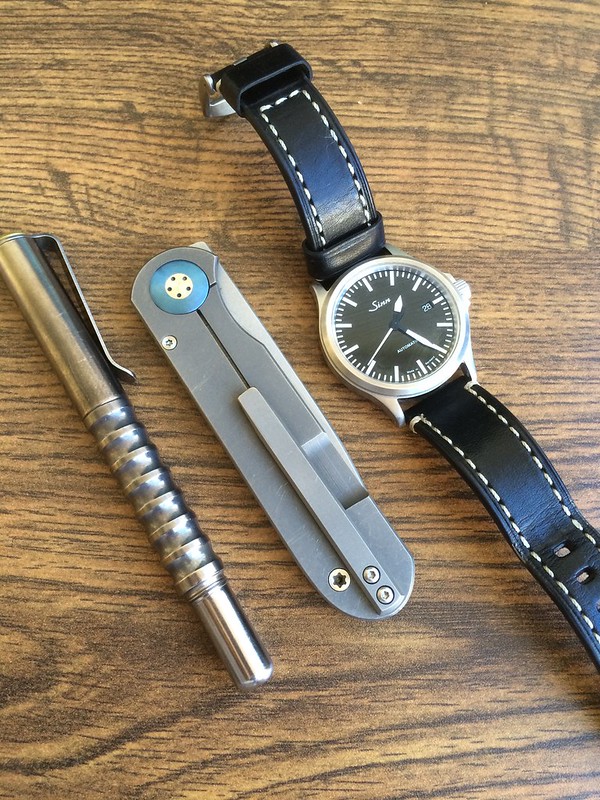 Jason touched based with me and again I reviewed the first of its kind. The pen was fabulous. And it helped Jason launch a business. His first Kickstarter for the Alpha Writes pen made more than ten times than its projected goal finishing around $121,000. With that seed money Jason made a one-piece multitool and perhaps his most commercially successful product the amazing Prometheus Beta. The light carried Jason’s signature undulations and polished finish. This time he opted for mass production, but the lights were excellent. 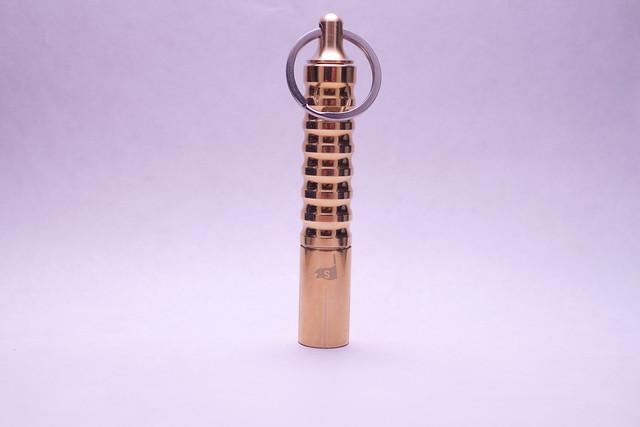 To this day they are some of the best 1xAAA lights in the world and stars of many a gear dump shot on Instagram. He also produced a top and designed an amazing and unique quick disconnect system for gear. Jason’s design prowess, his great fit and finish, and his business acumen made his company, Prometheus, a success. As a quick side note—if you have a light that needs a pocket clip, Jason sells those too and they happen to be the best in the business. He can do it all.

David Chow at FourSevens followed a different path. Rising out of the forums with design ideas and feature sets in mind he launched a flashlight brand that truly changed the flashlight industry. He listened to people that correctly told him that ultralight output was a very valuable feature in a light. He focused on designs that were eminently pocketable. Finally he made sure that even if the body tubes didn’t change, he stayed up-to-date with emitter technology.

Unfortunately for FourSevens, the flashlight industry, driven in large part by emitter tech, changes at a stunningly fast rate. What debuted as innovative feel behind as more and more Chinese companies launched their own flashlights. Just as FourSevens overtook Fenix (which overtook Surefire), oLight, Zebralight, and Klarus all met FourSevens on features, performance and price. Worse yet, Surefire doubled down and came back to life with truly amazing torches. Flashlights are as competitive and as fast paced as graphics cards—king one minute, serf the next.

For me, FourSevens final stumble was the Paladin and Knight lights. 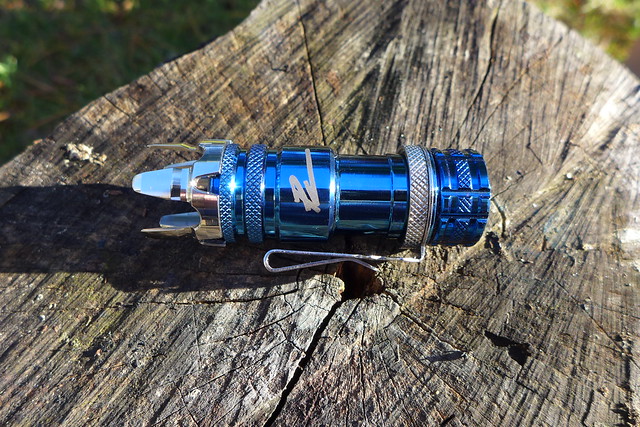 They had clearly put a lot of time and money into the project, debuting it on YouTube as a series of reveal videos for their new tech. Unfortunately, the lights were horribly impractical, ugly, and quite expensive. Other lights debuted at the same time, including a light with an app and a light with Blu Tooth tracker, all failed to make an impact on the market. The FourSevens of old, with their coveted polished titanium torches that came with industry-first features like moonlight mode, was gone. Since then they updated emitters and not a lot else.

It didn’t help that their competition got significantly better, almost overnight. OLight’s S series is one of the best, most complete series of torches in the world with interchangeable accessories, a simple UI, and amazing output. Surefire all but drove the nail in FourSeven’s coffin by releasing a series of EDC-centric lights with the Titan and Titan Plus. Its hard to be Surefire if they lower prices and make lights less weapony. Their knowledge and experience lead the industry.

Marrying FourSeven’s brand and tech with Jason’s vision is a good thing. Jason has released exactly one production light and has nowhere hear the distribution network that FourSevens does. But FourSevens was in a weird place—more expensive than brands like oLight, but not as refined or robust as Surefire. Prometheus, on the other hand, competed quite well with Surefire. This is a good move for Promethus and good for gear geeks.

Going foward I would love to see Jason breath some life into the 1xCR123a market. OLight has been unchallenged for too long. I’d also love to see Prometheus/FourSevens make a true turnkey light—a platform with lots of options, customization, and accessories. It would be a good idea to look at how Overready and TorchLab have handled the BOSS series of lights. In my mind, there is space open for a high end light with a selector ring UI, as the HDS Rotary is really the only game in town after a lot of the lesser production companies released these kinds of lights to limited success. It would also be nice to see Jason revitalize FourSeven bigger lights. A lot of them have been unchanged for four or five years. Finally, given we know Jason can make them—ultra premium lights wouldn’t be a bad thing. Muyshondt has proven that the market has the space. One thing I would suggest to Jason is to clean up FourSeven’s naming protocols. They used to be dead simple and now they are way too complex for consumers (and industry watchers) to keep straight.

Overall, this is a good thing. It is also a good story. Its proof that in the age of Kickstarter all you need to succeed is a bit of skill and a good idea. The funding Kickstarter promises helps folks go from the proverbial garage to the peak of an industry, in this case, in about five years. When I first reviewed that torch I knew Jason had something special on his hands. Now, its so fun to see the market reward that promise. This tale is also a bit of a caution sign—gear geeks are a ravenous lot and you can fall off the bleeding edge very, very quickly. Hopefully Jason and the new company, whatever the name may be (I like FourSevens as a name and the logo is incredible), will keep pushing the envelope. I can’t wait for my first electroplated Mini.