On February 23, 2018 Lynn Thompson, President of Cold Steel, sent out an open letter to the knife community and Cold Steel customers. The letter indicated that the supply of CTS-XHP was no longer sufficiently large for them to use it in their knives. Instead, he announced, they would be using CPM S35VN. This announcement was interesting for a few reasons: it illustrates trends in steels; it shows how to handle these kinds of issues; and finally demonstrates the difficulty in OEM production.

CTS-XHP is a relatively new steel, originally billed as a combination of D2 and 440C. It was supposed to be as hard and tough as D2 and as corrosion resistant as 440C. CTS-XHP is a Carpenter Steel product. S35VN was designed as a successor to S30V. The idea was that the addition of niobium would made the steel easier to process, machine, and sharpen. S30V had long been criticized for how difficult it was to maining and grind, a criticism I share. S35VN, instead, is easier to sharpen and easier to maintain. 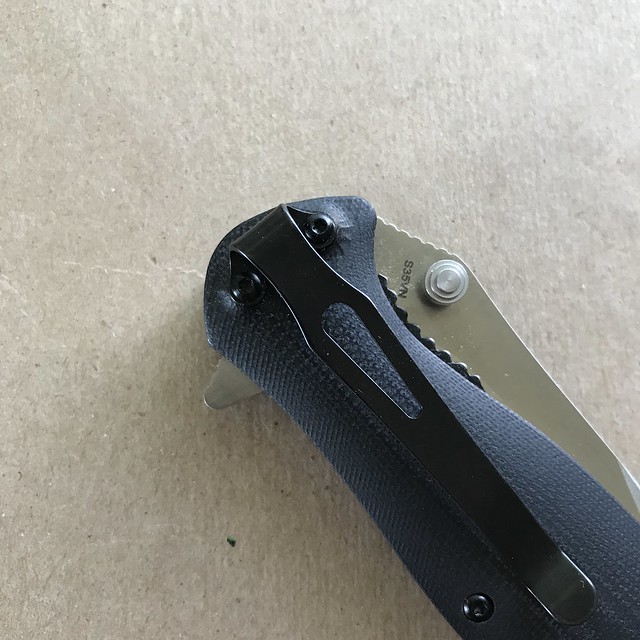 The real story here is the widespread adoption of S35VN. In many ways it is now the baseline steel for the entire knife industry. With this move by Cold Steel and the widespread use of the steel by both Chinese and US producers, S35VN is now the default “good steel” much like AUS-8 was 10-20 years ago. If your a maker and you want your knife to be taken seriously S35VN is a great choice. Anything less and its hard to move the needle. With WE Knives, Reate, and other using S35VN, with the steel showing up on budget blades like the LA Police Gear TBFK, and now this, it is clear—S35VN is taking over the knife world.

The reality is this is very good thing. Its not as pricey as M390 or its ilk, but it is noticeably better than S30V.   Its a good all-around steel—lacking in nothing and excelling in hardness. CTS-XHP is a bit different, probably THE best all around steel, but there have been reports of problem batches. In an interview on my podcast (Gear Geeks Live) Derrick Bohn from Knives Ship Free complained about rust problems on a series of kitchen knives he produced using XHP.

This is an issue that others have echoed. The large carbides and other molecular-level characteristics can make the quality of XHP vary significantly from batch to batch. My experience has been overwhelmingly positive with the steel, but it does seem to suffer from limited availability, as Cold Steel noted. This, coupled with the cost and the consistency issue, convinces me that Cold Steel’s move is probably the right one.

In many cases these kinds of changes just happen. When there were issues with CTS-XHP a while ago Spyderco produced a run of Technos in S30V. If I had ordered a CTS-XHP version of that knife and got a more mundane S30V run, I’d be bummed. But no one knew it happened until the knives started shipping.

Getting ahead of this like Cold Steel did is not only a better way to handle the problem, it is also a smart business move. For those people that want a collectible instead of a tool, there is now some scarcity issues associated with the XHP Cold Steel knives. My guess is they will sell a bit faster than normal until the supply of them is gone. Its nice when doing the right thing and making a profit line up. This is just the perfect way to handle the switch.

Nick Shabazz and I have talked about this before—but we seem edging ever nearer to a knife world where overseas OEMs don’t make sense. Both CTS-XHP and S35VN are US made steels. Both had to be exported to China and Taiwan. This is where a lot of US companies have their knives made by original engineering manufacturers (OEMs). The knives are designed here, the steel is made here, but the production of each knife is handled overseas. Cold Steel exclusively uses OEMs, as does CRKT and SOG. There is nothing inherently wrong with this business model—after all most, if not all, Apple products are made this way. In a global market this kind of division of labor makes a lot of sense. But the use of overseas OEMs is making less and less sense.

On the low end, these OEMs, which almost always also produce house brand blades, sell knives to a US company and then make their own. They are the same quality, same steel, same materials, but usually with a different design. These low end OEMs, thanks to Amazon and Ali Baba, can sell their knives in the US. Their OEM blades for Kershaw and CRKT are cheap, but no where near as cheap as their house brand blades. An OEM knife sells for $30 but a house brand sells for a third of that. Then there are companies like Ruike that are selling their knives with BETTER steel than what OEM made knives have for a third the price of an OEM blade. 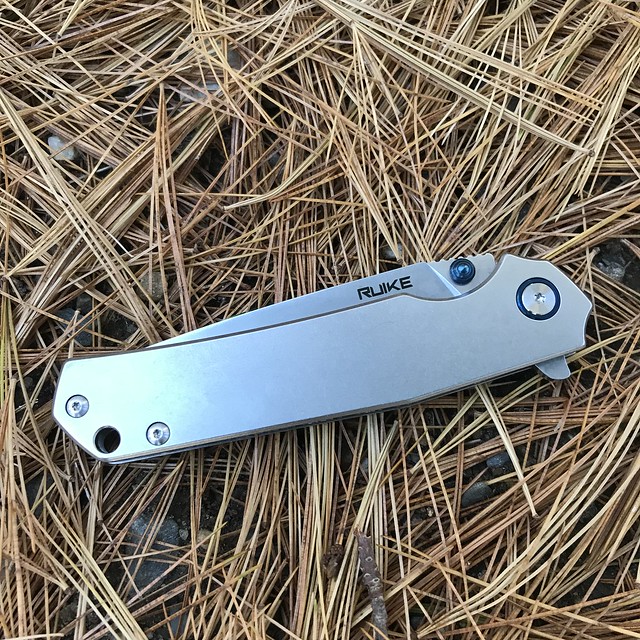 But this is only one problem with OEM stuff. There is also the cost of exporting materials. Shipping steel, even in bulk, adds costs. There is no way around it—economics dictates that a knife with more expensive materials will cost more money, even if those costs come from shipping steel around the world. So it comes down to this—would you rather pay more for better features/designs/materials or shipping costs? To prove this point Massdrop is releasing a knife made by a US OEM for $120. It will run a new-to-production knives steel Nitro V. If you don’t have to ship stuff, the cost advantage of overseas production starts to evaporate.

Finally, there is the most insidious point—overseas OEMs are not subject to the same intellectual property laws as US OEMs. This opens up the possibility of all sorts of counterfeit stuff. Its not the only method, of course, as these unscrupulous people could just buy a USA made product and reverse engineer it, but it just adds another possible opportunity for things to go bad.

In the end, the Cold Steel announcement was handled exceptionally well. The steel choice evinces a powerful change in the market, and it demonstrates the difficulty of using overseas OEMs. Hopefully things like this will make it economically feasible to switch to US OEMs. Cold Steel did it with the FourMaxx, so its definitely possible.