Are Knives Protected by the Second Amendment Under Heller? District of Columbia v. Heller was a watershed moment in the legal history of the right to bear arms.  Despite the Second Amendment being in existence since the beginning of the Republic it wasn’t until only a few years ago that the US Supreme Court got a chance to interpret the Second Amendment directly.  Firearms owners rejoiced.  But what about knives?  Here is the simple question:

Are knives protected the by Second Amendment under the landmark case District of Columbia v. Heller? 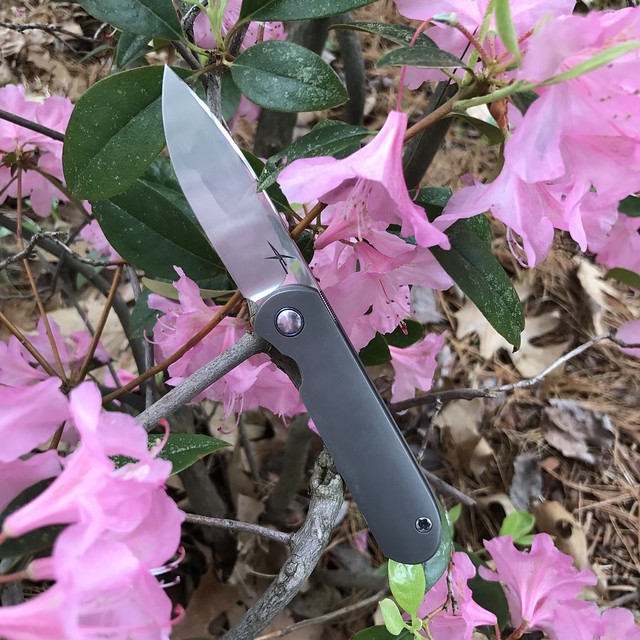 Think about this for a second.  So, what’s your answer? If you answered “yes” you are wrong. As Courts across the country have noted, Heller applies only to handguns. Some courts have done a close textual analysis of Heller and found that knives had to be covered (State v. DeCiccio), but it is not something stated in the case explicitly and so some courts around the country have found that knives are not constitutionally protected arms (see the concurrence from the unpublished California case People v. Pickett).

One danger in writing about the Second Amendment, is that many online sources are chocked full of hyperbolic, breathless warnings by both the right and the left, but here, in the area of knife ownership, there is a real and substantive gap in the law. Knives being unprotected under Heller is not a hypothetical concern found on internet message boards. It is a real legal argument made by the State and recognized by courts across the country.

At this point you may be asking yourself: “Why aren’t knives protected in Heller?” There is no conspiracy theory behind this, despite the tendency of online sources to trend in that direction when discussing anything to do with the Second Amendment. The reason is simple–courts do not like to make broad rulings. Instead, courts will always try to confine their holdings (the substantive rule of law announced by a case) to the narrowest set of facts possible and only those facts presented in the case before them at that very moment. As a result, when Dick Heller’s application was denied, the US Supreme Court had before it a single issue–whether the DC law essentially banning handguns was constitutional. The facts of the case and the statute at issue did not involve a knife and so Heller’s holding regarding the Second Amendment did not cover knives.

The end result is a logically inconsistent and weird gap in the Second Amendment. Handguns are clearly protected. So are rifles. The end result is that Heller applies to Desert Eagles and AR-15s but not necessarily to knives. Some courts, like the Wisconsin court in State v. Hermann, addressed this exact point, relying on FBI crime data to show that it was logically inconsistent to protect “more dangerous” arms like guns, but not “less dangerous” arms like knives.

There is some hope though. In Heller, the Court took a deep dive into the historical sources around the time of the Revolutionary War when the Second Amendment was drafted. The idea behind this approach is that courts should limit themselves the law as written. If that doesn’t work to settle the case, then courts should try to understand the meaning of the law in the minds of the folks that wrote it. As such, the historical documents that discussed what an “arm” was became tremendously important.

One of the sources relied on in Heller was a passage referencing Quaker concepts of non-violence as it applies to the definition of “arms”. Here is the passage:

“Quakers opposed the use of arms, not just for militia service, but for any violent purpose whatsoever–so much so that Quaker frontiersman were forbidden to use arms to defend their families, even though “in such circumstances the temptation to seize a hunting rifle or knife in self-defense.” District of Columbia v. Heller at page 590 of the opinion.

This passage makes clear that the historical definition of “arms” includes knives despite the rulings around the country that rely on Heller not applying to knives. Thus, there is some direct textual support for knives being “arms” as protected by the Second Amendment. As a side note, I can’t see why courts have missed the the “Quaker Passage.” Sure, the Heller opinion is more than a hundred pages, but every judge can search it using “Control + F.” Its not that hard.

Its important to have this reference, but it is also important to know that many courts, like the Connecticut court in DeCiccio, have not been held back by the ridiculous notion that knives aren’t “arms.” In DeCiccio the court, relying on the historical analysis of Heller, argued, very persuasively, that just as guns have been historically defined as arms, so too are knives. In DeCiccio the knife in question was a dirk knife, a small double edged sword (note that it could also be a VERY big knife). There, despite widespread ban in many states on dirk knives, the DeCiccio Court pawed through history and found that dirk knives were common arms at the time the Second Amendment was drafted. Given that, the dirk knife was protected by the Second Amendment.

Thus, it seems like there are two ways forward for courts–textual direction from the “Quaker Passage” in Heller or the historical analysis found in DeCiccio. Whatever the way forward though, the law clearly has a gap in it and that gap leaves knife owners potentially out in the cold.

If you find it shocking, and defiant of common sense, that the Second Amendment doesn’t cover knives, as some courts have held post-Heller, you can do something about it–get involved (here is a link to AKTI). Lots of of states are repealing silly and unnecessary knife laws. Furthermore, political efforts amended one of the worst knife laws in the country, the Federal Switchblade Act. In 2009, Congress included language that allowed for assisted knives that are “biased towards closure.” These things show there is reason to be hopeful, but other cases show that knife owners shouldn’t be complacent.