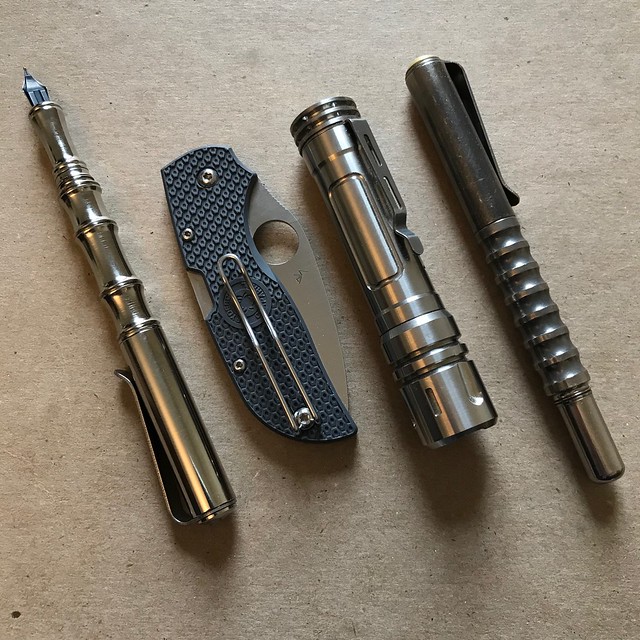 Awesome gear that came out in 2018 BUT didn’t make this list: Prometheus Bamboo, FRN Spyderco Chaparral, Reylight Ti Lan v. 3, and the first ever Prometheus Alpha (not a 2018 release)

2018 was a banner year for everyday carry gear–new steels, new manufacturers, and a hyper competitive market let to one great piece of gear after another.  Here are five awesome items that were new in 2018 that will round out your carry in 2019. 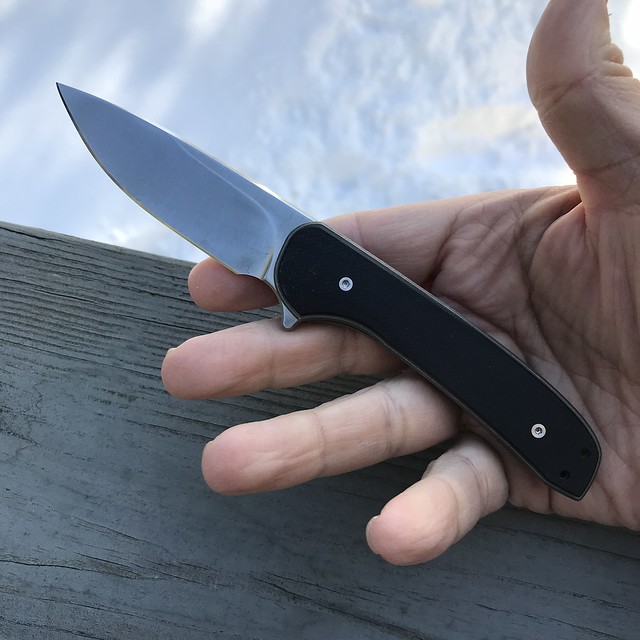 The Gent is an amazing, simple, well-made, and perfectly designed folder.  With a 3 inch blade, a weight under 2.5 ounces and a discrete design it is an ideal everyday carry.  The knife is a collab between Ferrum Forge (on design), WE Knives (on production), and Massdrop (on marketing and logistics).  The knife comes in five variants–three colors of G10, for $80, and two select versions either in Rosewood or carbon fiber, for $100.  The action on the knife is utterly addictive thanks to a well-tuned detent and a bearing pivot.  Finally the steel is the all-around all-star S35VN.  If you buy only one knife a year (as if that is even possible), this should be it.  And if the Gent is too small, there is a slightly larger version called the Crux. 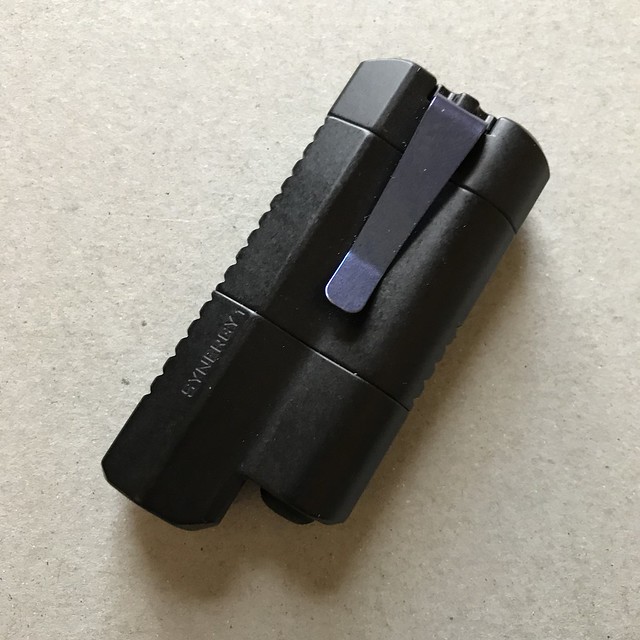 Recently small batch flashlights have started to appear everywhere on Instagram.  Machine shops and electrical engineering types have collaborated on a huge number of extremely capable and extremely expensive.  They have, however, not been the most creative designs, all hewing very close to the same mold: single cell, tube design lights with lots of lumens and blingy bodies.  Small, useful, and long run time lights are rare among this new breed.  But Ben over at Frelux has bucked all the trends and produced a beautifully made, simple light with an emphasis on runtime.  The Synergy’s 2xAAA format gives you a lot of bright time in a package the size of a Zippo lighter.  All of this innovation is nowhere near as expensive as its blingy brethren–this light starts at well below $200.  Different, in this case, is very good. 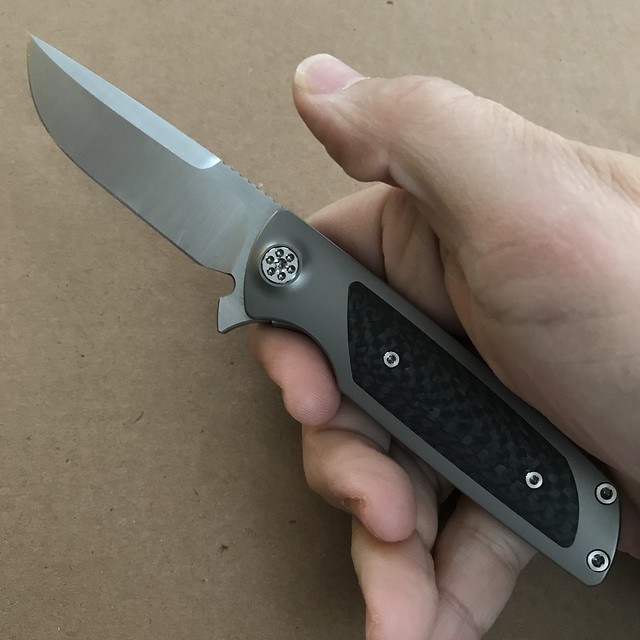 Brian Nadeau’s machining skill and innovation has been a hallmark of his custom folders for years.  Then he decided to release a line of production versions of his knife and tapped Reate to make them. The result is a series of truly excellent knives that exist in the space between custom, production, and midtech.  Of these knives the Micro Typhoon is the most interesting.  First, it happens to be the very best slicing knife known to have come from Reate (they do a lot of spec work, so it is hard to say for certain).  Second, it also happens to be one of the best flipping knives ever.  The action is, simply put, beyond anything I have experienced before, custom or production.  Nadeau’s clever detent design, essentially a ramp, is markedly better than the standard ball and socket build.  Availability is spotty, but if you can snag one you really should.  It’s an excellent, albeit misnamed knife (the Micro has a 3″ inch blade while the Mini is a 3.5″ blade). 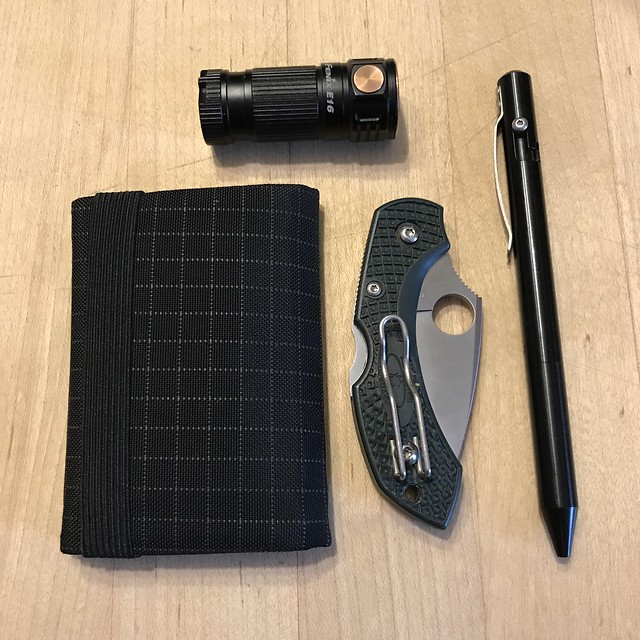 Wallets are hard to make.  Very, very hard to make.  They need to accommodate a lot of different items–pictures, credit cards, currency of different shapes and sizes, official documents, recipes, and pass cards.  Fitting all of this into a small, easy-to-carry footprint is a mind bogglingly difficult task.  In the end, until the Nik’s Minimalist Wallet, all have failed.  Some have come close, but in the end, the designs didn’t hold up or work over time.  This wallet works because the materials are perfect for the application.   It also works because of its clever design.  Unlike a lot of wallets that are layer upon layer of material stitched together, the Bihn wallet was made using principles of origami.  By doing this, the wallet is held together with a single stitch, making thinner than similarly sized wallet with the same high tech fabric materials.  It comes in three variations, pockets, pockets with ID window, and pockets with external passcard slot.

Rovy Von A2 (around $30 depending on materials) 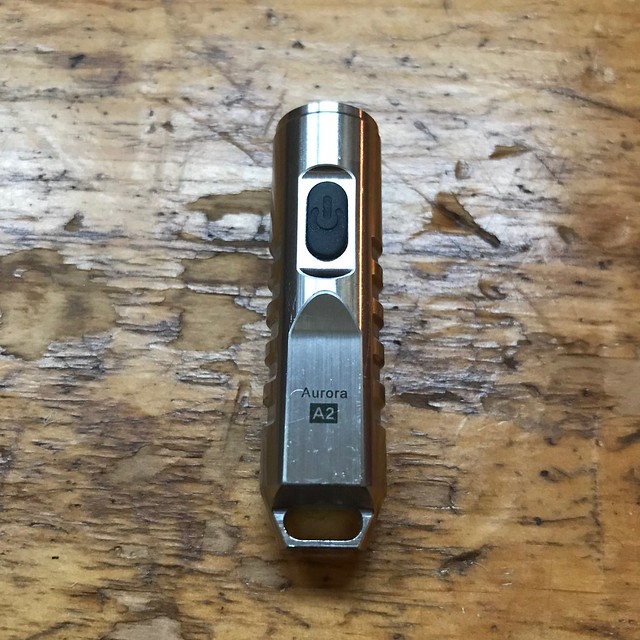 Its hard to find a light this small and this bright and this cheap anywhere.  At around $30 for a 500 lumen light, the A2 is just about the best keychain light you can get.  Lots of smart ideas went into the A series of torches including rapid recharge (30 minutes for a full charge via mini USB port), a flat section to prevent the light from rolling away, and a keychain/lanyard hole that still allows the A2 to tailstand.  You can get them in a wide range of materials, from polycarbonate (A1) to titanium (A4).  All are great, none are expensive, and all can be stashed or carried anywhere. 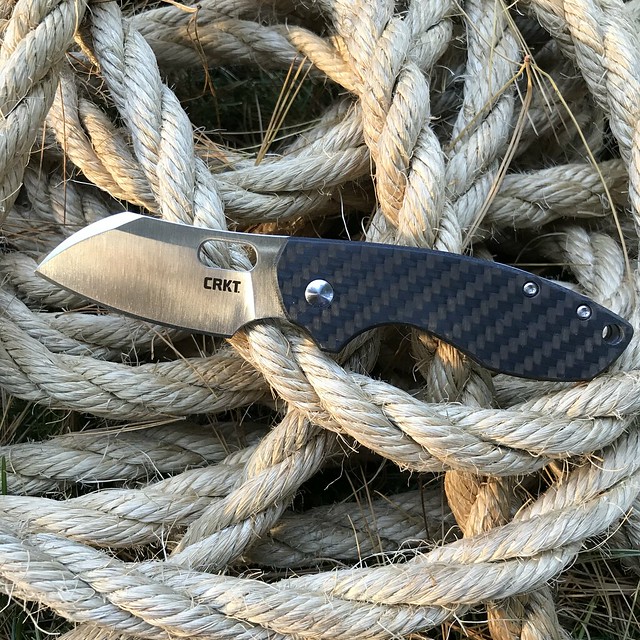 I hate referencing stuff that is not available, but the CRKT Pilar in S35VN is so good it is hard not to include it on a list of stuff to carry.  The original Pilar, a Jesper Voxnaes design, was a beautiful knife with so so materials.  The knife was, however, a huge seller.  It was one of the first mass produced knives costing less than $30 that was sold out everywhere for weeks at time.  Literally CRKT could not get them made them fast enough.  That level of success meant an upgraded version.  Unfortunately the upgrade was only a so-so upgrade with 12C27 steel and carbon fiber handle scales.  With a steel hardly better it wasn’t as exciting as it could have been.  Then, in September 2018, with almost no fanfare, CRKT announced at upgrade to the upgrade.  The carbon fiber scale remained but the steel was given a quantum leap upgrade to S35VN steel, one of the best all around steels on the market.  My particular unit also had marked better fit and finish.  A cool design that finally got the materials it deserved.  This particular model was a Blade HQ exclusive, but given that it too sold out in less than a day, I imagine it will come around again.

2018 was a banner year for gear and these five are just a few of the awesome pieces of kit that came out.  I wouldn’t argue with the inclusion of probably a dozen other items.  The only problem with so much awesome gear in one year is that it really raises the bar for the following year.