Now we are starting to hit the heart of the market. At $100 you can put together the foundations of an amazing EDC kit, something that will do great work for a very long time. Additionally, unlike a lot of other categories, we are at the price bracket where you can find top notch (but probably not bleeding edge) performance. There are some damn fine pieces of kit here.

The performance bump, again, is worth saving up your pennies. It’s not as big as the jump from$25 to $50, but it is still a big deal–something like two or three times better (with a caveat that here you can get a decent kit with imbalanced spending, I’ll explain more below).

The array of choices at this price point are pretty nuts. Like a rich, beautiful 22 year old, you can get pretty much whatever you want. If you are looking for a built-like-a-brick-shithouse tough knife, the Cold Steel Mini Recon 1 is available with both an amazing lock (the Tri-Ad variant on the lockback), though the newer version with XHP steel will run you more than $50 (closer to $90). It also happens to be light (thanks to a linerless design) and Cold Steel tamed down the angle grinder rough G10. The Mini Tuff Lite is also doable for $50 and is a good knife, but not as good as the Mini Recon. 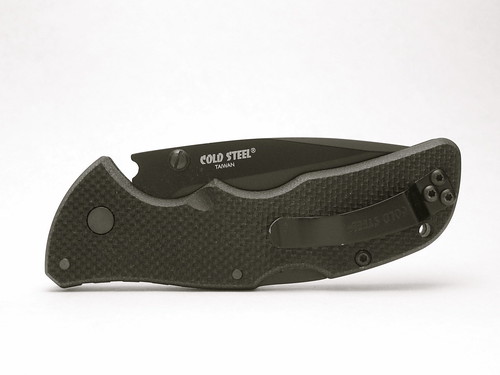 I also very much like a host of Kershaws. The G10 Cryo is the knife that finally delivers on the budget Hinderer hype. Its only downgrade is the 8Cr13MoV steel is not quite as good as the competition. If you are okay with that steel, I also really truly love the Strobe. It’s a high end flipper masquerading as a budget knife. Sure it lacks a titanium frame and the powder steel, but it has the same feel thanks to the glass smooth bearing pivot and a dialed in detent on the flipper. 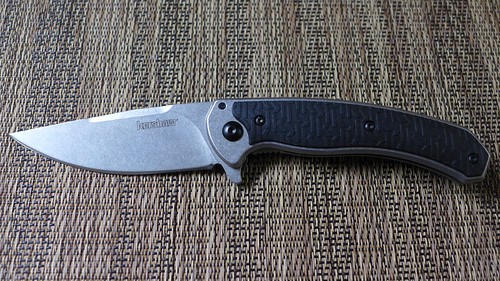 The Kershaw/Emerson collabs are also damn good knives. Ernie’s handles are to folders as Ethan Becker’s are to fixed blades–solid, simple, and always outstanding. The traditional grind is also something I really like. You should not skip over the budget USA Made Link 1776 either. Though it runs 420 steel, it’s still very nice to see a domestic knife available for $40. I’d avoid the Nuras and Amplitudes. I disliked the Amplitude’s finish, and my podcast cohost had the same complaint about the Nura.

Spyderco offers the budget line of knives–the Tenacious, et al–and they are passable (they also offer the Byrd knives, now with BD-1 steel, which are just below passable). None of these options are exciting. The Cat is a decent knife in this price range, as is the classic Delica (and Endura). The VG-10 version of the Dragonfly is in this price range and is a very competent design. That said, I’d rather save a few pennies and stretch for either the Native 5 in FRN or the Dragonfly II in ZDP-189. Both are jaw droppingly amazing for the money.

RAT and ESEE make decent folders here, too, with AUS8 steel. Both are good, but the RAT folders are cheaper than the ESEEs for some inexplicable reason.

CRKT has a few designs at this price point, but the stand out is the stalwart of their line, the M16. Opt for the Z version as it is just the right size and weight for EDC. The Liong Mah GSD is quite good, feeling more like a $200 knife in hand (especially if you like HEAVY $200 knives). The Swindle is a lithe, graceful cutting tool, as is the Eros SS. Only lesser steels hold back the CRKTs from top billing. SOG has a bazillion offerings here, but most are horrendously over designed. The Flash I is okay, as is the Twitch. For my money the Mini Aegis is the best SOG in the price bracket and one of the most underrated knives out there. It’s the knife Nutnfancy should be raving about.

For fixed blades, it is hard to go wrong with either the Becker Necker (the BK11) or the ESEE Candiru, both of which are around $40. You can get almost any Mora, though if you have this much to spend, you should be looking elsewhere.

Multitools are plentiful at $50 too. If you play it right you can get the Leatherman Skeletool, an EDC centric multitool with a good design and plenty (yes, you don’t need 50 implements on a multitool) of tools. Both the Wingman and the Sidekick are very good, with the Wingman being the better of the pair. I also like just about any SAK at this price point. The Super Tinker is a favorite of mine. Skip both Gerber and SOG multitools. They are meh on their best days.

A lot of the world beater lights are just outside the price range–the oLight S10 and S1 Baton, the Zebralight SC52, and the SureFire Titan. All hover at around $60. I’ll cover those next time.

The D25AAA is still among the best lights. I’d take it over any 47s. The better emitter, common cell, and magnet make it a superior choice. It has a clip too, something the 47s minis and Atoms lack.

There are two other options, one mainstream and one obscure, that really make this a three horse race.

First, there is the Thrunite T10 series (the A and the S are under $50, made of aluminum and steel respectively). 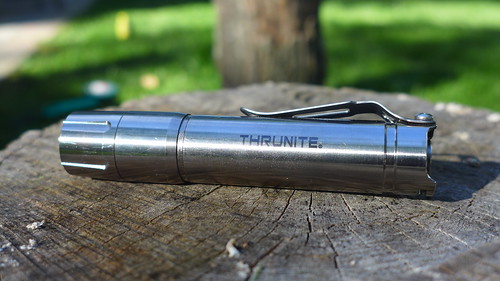 They run a 1xAA with a great clip, good highs and lows, good color rendition, and an attractive body style. For the money I’d probably still take the D25AAA, but price blind the T10s win.

I also think that the gear community has criminally underrated the Lumapower Incendio for a long time. 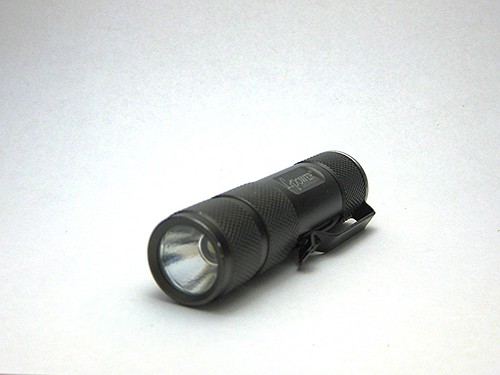 Subject to a series of continuous improvements for almost a decade, this is a simple clicky light that runs a 1xCR123a battery and is competitive on the numbers. Its simplicity is also a huge boon, as the light does everything well. It’s not flashy, but the Incendio is damn good.

I’d recommend the Peak Eiger here too, but it needs a few upgrades that bumps it out of the price range to be competitive. With those upgrades though, phew. It is a monster performer.

What’s changed from last year? Quite a bit. The knife industry has basically set the $40 price point as the starting point for “serious” knives. There are a ton of very good, new knives at this price point. Additionally, the flashlight market really starts to hit its stride here. There are some truly all time greats available for around $50.

Knife: SOG Mini Aegis (edging out the G10 Cryo and Kershaw/Emerson CQC6 based on weight and steel)

Light: Thrunite T10A or S depending on your preference: price or looks

Honorable Mention: This is one place where I think you can get a very competent all around kit by spending less on one item than the other. I think the Dragonfly II in ZDP-189 paired with the EagleTac D25AAA is one amazing light&saber pairing and it comes in right at the $100 threshold. I can see why people wouldn’t want to go this route, but this pair is better, overall, than the Mini Aegis/T10 combo. In fact, it just might be the best way to spend $100 on EDC gear.