The Future of EDC, Part II In Part I, I tried to peer into the future, in some cases near and others far, to see what EDC kits could look like when we get our promised flying cars and hoverboards. Here are a few other items:

Wearable Smartphone (a la Total Recall reboot, which had some great ideas and TERRIBLE acting)

For me, this was the best part of the new Total Recall. The idea that Malcolm’s Dad could be a physical threat to a spy seemed insane, but whatever. The notion that implants in your skin can act as both a phone, an interface device, and a holographic projector is pretty cool. Of all the futuristic communicators, from the flip phone of the original Star Trek to the badge of TNG, this is by far my favorite.

Possible? Maybe. More than tech concerns, there are all sorts of privacy concerns that make this questionable. Do you really want to be traceable EVERYWHERE you go?

Years away: I have no idea. I don’t know if the surgery necessary is even possible today. We install devices in people all of the time, but I am not sure if those devices have inputs like this.

There is already something KIND OF like this out on the market called the Livescribe, but it’s nowhere near what it needs to be to make the cut in everyone’s EDC. What could change the market would be a pen that was a regular pen but tracked movement or took pictures of what you wrote and stored it in a memory device, but that would be only the first part.

If this super-pen could also convert your handwriting to printed text via OCR, that would be great too. Unfortunately both the capture and the process tech, which do exist to some extent now, are so primitive that it will probably be years before we have a device that fits into a Mont Blanc that could record documents as you write them. Even cooler? What if this device beamed your notes back to your smartphone or computer automatically? The issue here is that the feeling of pen to paper, even with something like reMarkable, is not the same as the real deal. This would go a long way to making a paperless office, without losing the feel of handwriting notes.

Years Away: 10. This is a process of improving OCR, allowing for more-accessible storage, and better-writing recording equipment. All of this stuff is under construction now, but pulling it all together in a seamless package seems far, far away.  We have been working on this since the Palm Pilot and the tech always seems “just around the bend.”

These already exist. A company marketing them as “Lightning Packs” sells them to militaries. The more vigorous your movements are, the more electricity you generate. If need be, the pack has a hand crank that can generate a lot of electricity as well. The idea is that the pack not only carries but also charges all of your electronics. The problem with the current pack (and why it is not suitable for general EDC use) is both cost and weight. While the generator itself, which creates electricity through the bouncing motion of carrying stuff in a pack, is only 1 pound, the pack requires a large amount of framing. As for cost, well, they don’t say how much they cost and they are selling them directly to the government, so I think it is fair to say they cost a lot.

I’d love to see this tech in a good lightweight pack, like a Dyneema kit from Tom Bihn. The applications for non-military are crazy–imagine never having to plug in to some random outlet in the hallway of an airport or convention center? Let’s shrink this down, make it cheaper, and build it into a good daypack.

And yes, I am aware that there are solar backpacks, but this design generates vastly more energy. Super cool fact: Lightning Packs recommends using the weight savings from not carrying batteries or charging devices to carry high energy snacks which can, at the best, have 100 time the energy density of a battery. I guess it really is a POWERbar.

Years Away: Any minute now. 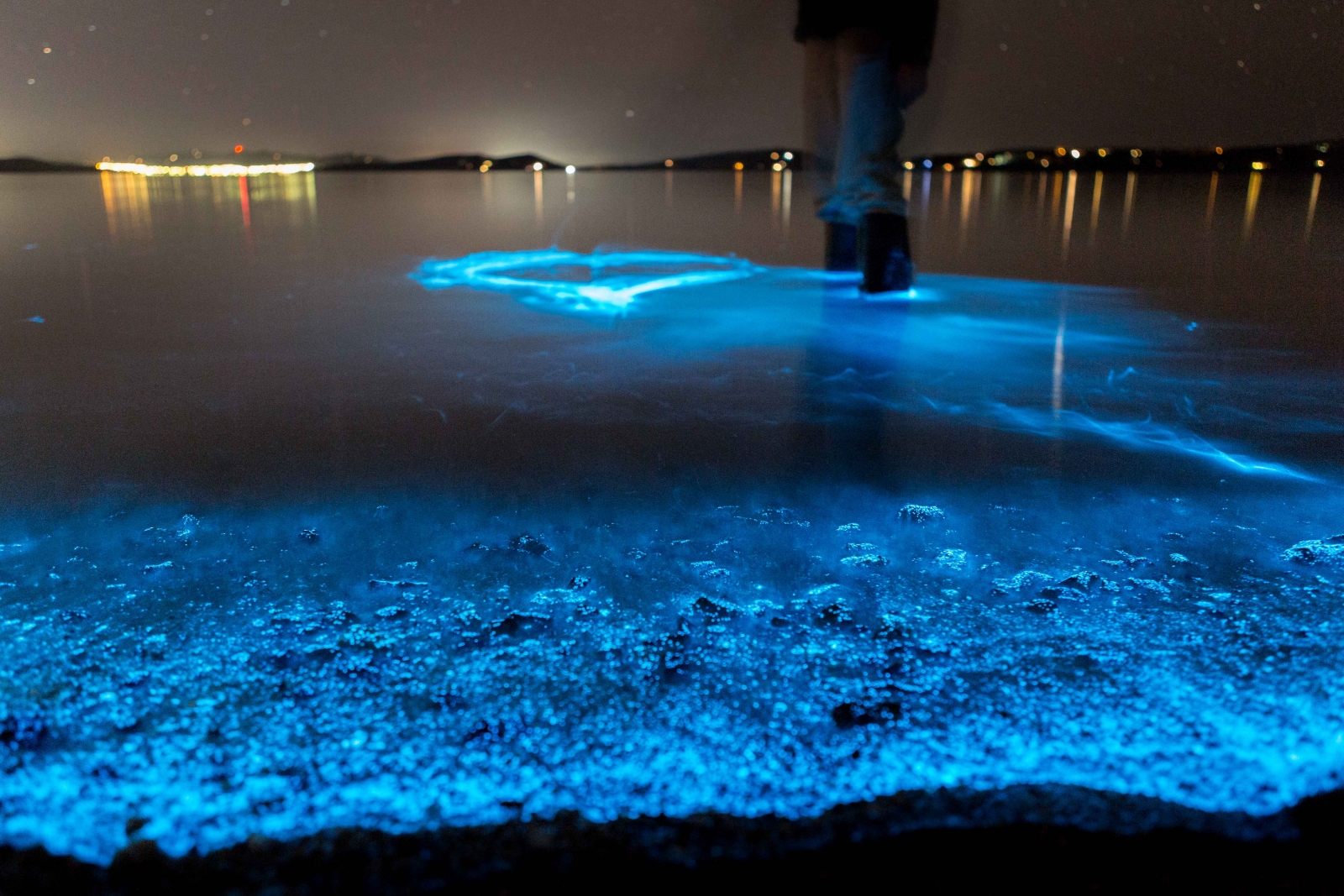 Deep in the ocean where it is dark and there is very little food, creatures emit light to attract prey, to light the way, and to attract mates.  The amount of energy necessary to do this is quite low.  How cool would it be if we had flashlights that sipped energy like this? Even better, what if our flashlights were powered by biological ingredients instead of harsh chemicals like those found in batteries today?

Imagine if the battery was a little cylinder that you sealed up — but only after you stuck a baby carrot inside.  Imagine if that same battery produced usable light for days?  Obviously we have a lumens issue here, as the deep-sea luminescent creatures aren’t pumping out anything like real lumens, but scaling up the tech might be promising, especially given the findings from the Lightning Pack guys regarding food energy density.  Who knows… what if your flashlight could “eat” all those weird vegetables your hipster friends are forcing on you?  “Oh yes, I love kohlrabi–my flashlight does too.”

Possible? I have no idea.

Years Away: Beats me. 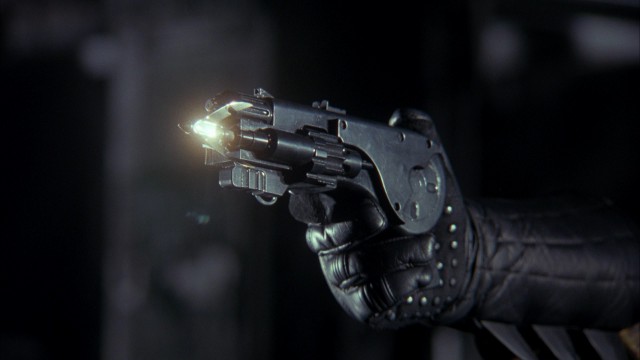 No one but a few weirdos who bought the County Comm versions will EDC a grappling hook, but only because it’s not that useful.  But if it was like Batman’s hook, that might be a different story.

It’s nowhere near as fast or as small as the device that entranced me from Batman: The Animated Series, but the New Atlas motorized rappelling device does 1/2 the work Batman’s grappling hook did. It does the automated-pulling part, but it can’t fire the grappling hook itself. The Battelle Tactical Air-Initiated Launch System (TAILS, those clever military acronym makers…) does the firing part. The problem? Atlas’s motorized rappelling device is the size of a medium-sized tool box and the TAILS looks like a massive rifle. This device is currently impossible, but they said the same thing about heavier-than-air flight.

Possible? Probably Not. We need much more efficient motors and batteries and much smaller and lighter materials.  By the time we have that, we will probably have Back to the Future-style hoverboards, which are also in the works. 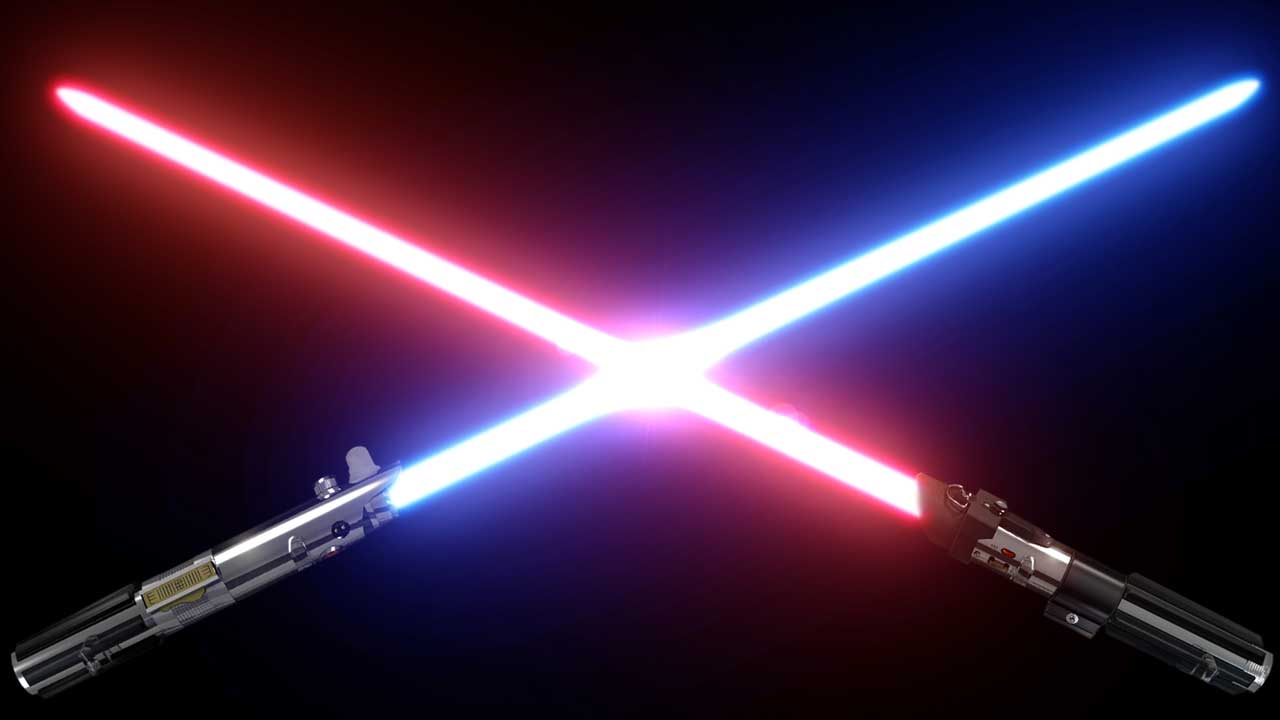 You want one, I want one, my two-year-old wants one. The practical applications are insane: quick cuts in lumber and plywood, amazing hedge trimming capabilities, even processing metal. In short, the uses of a lightsaber are endless, but we have nothing that is close. There is a breaching tool that LOOKS like a lightsaber but is really a fast-acting horizontal cutting torch. And there are portable laser emitters, but their cutting abilities are limited to balloons.

Possible? Nope, probably not, but it is theoretical physics so I have no idea.  Neil DeGrasse Tyson says maybe, and I believe him.

Years Away (if possible): About the same time as we have faster-than-light space ships with artificial gravity.

The best part of predicting technology is how quickly those doing the predicting are proven wrong.  Just go back and look at the PADDS from Star Trek the Next Generation–they are positively outdated compared to our modern tablets and they’re still 300 years from being made.  I am sure my predictions will come true equally quickly.  Me personally, I am holding out for a Batman grappling hook and a lightsaber–together, I could be unstoppable… or, more likely, I’d trim those trees in the back of my yard that I always worry about in a heavy snowstorm.